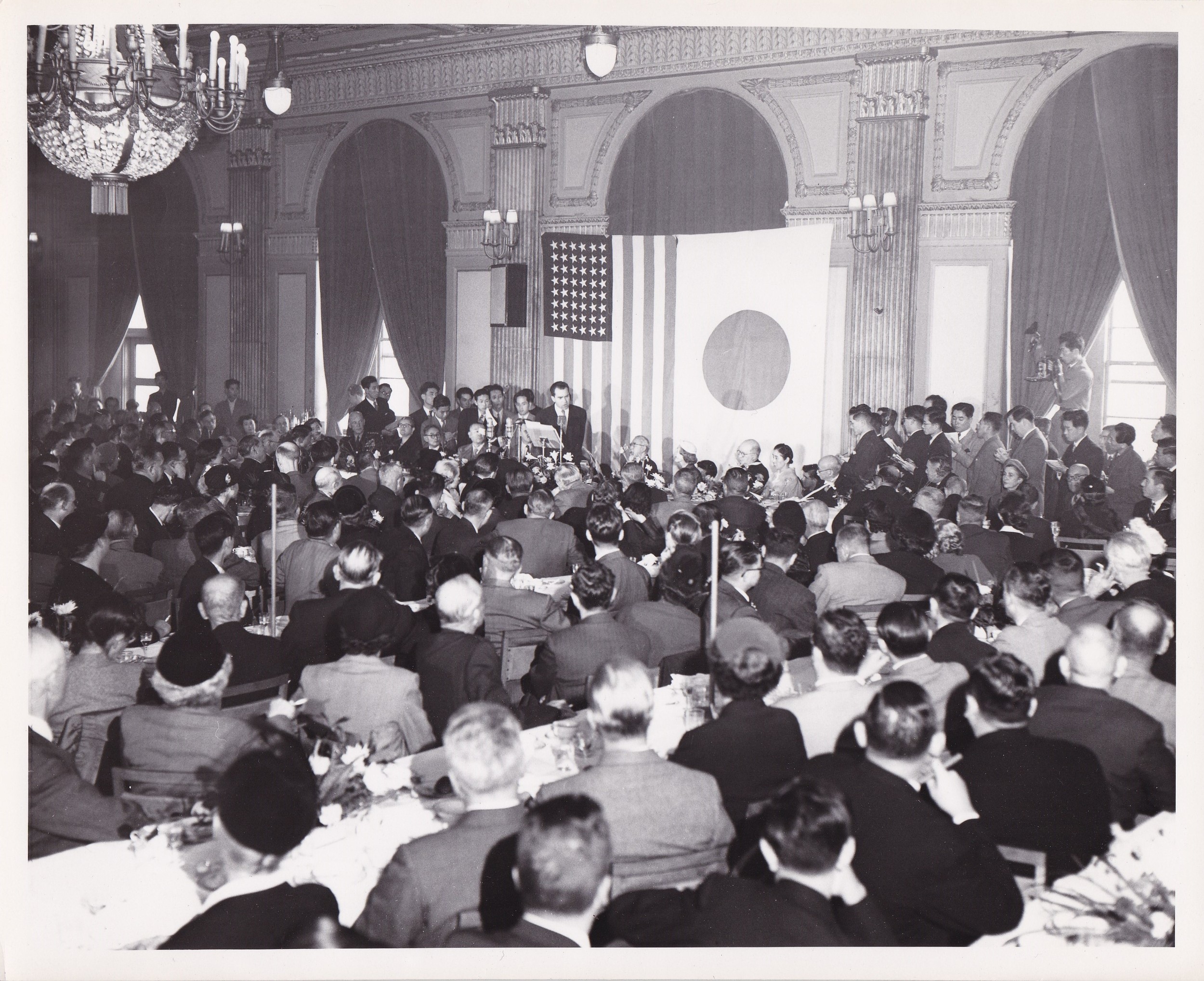 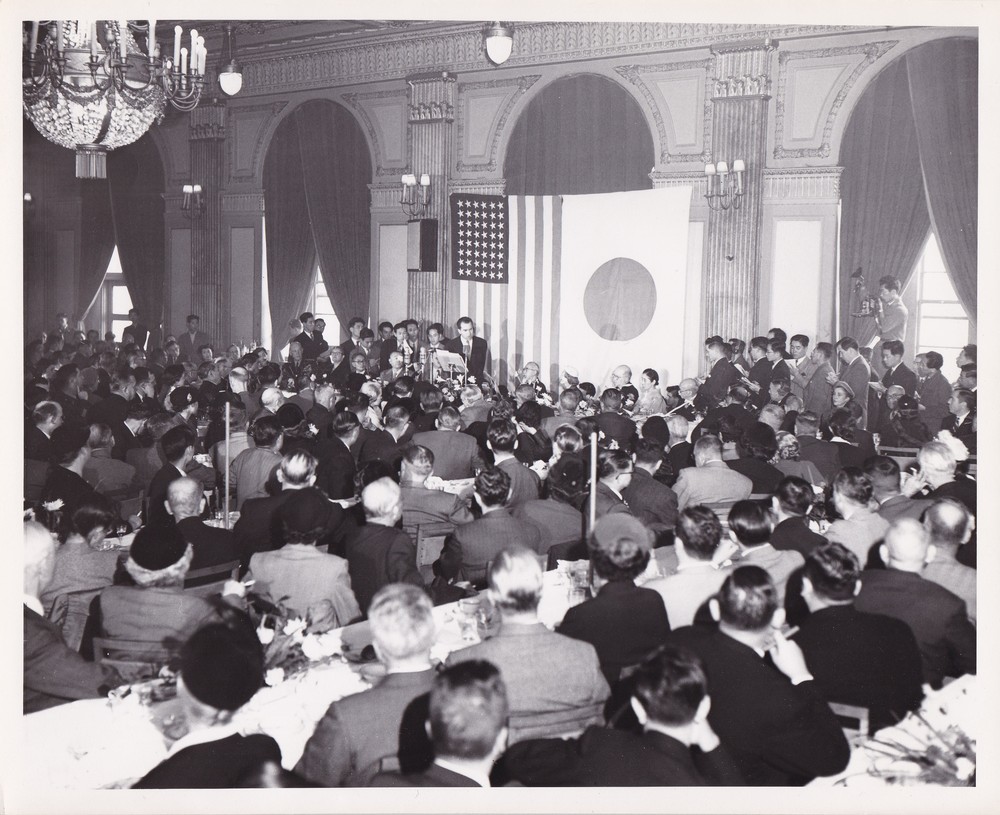 The presidency of Richard Nixon played a crucial role in the development of post-World War II relations between Japan and the United States, which culminated in the return of Okinawa to the Japanese government in 1972. However, RN’s encouragement of Japanese autonomy can be recognized as early as 1953, when, as Vice President, he addressed the America-Japan Society after a luncheon in Tokyo, a crucial moment amidst his precedent-setting Far East tour. This speech serves as a useful point of reference to larger historical developments in the 1950s, and also reveals the underlying approach toward Japan which would characterize the leadership of President Nixon throughout his career.

After reflecting on cultural similarities between the two nations, such as the love for baseball, RN turned to “subjects that will be somewhat controversial.” To assuage the unfortunate reality of anti-American sentiments in Japan (though he qualifies that he has personally encountered only respect and admiration during his own trip), he hoped to clear up misconceptions about American foreign policy and Japan’s surprisingly important role within it.

He emphasized that America sought only peace, and that there “is only one threat to the peace of the world today: … the international Communist movement with its power center in the Soviet Union” and with additional power centered in the People’s Republic of China. To maintain a military edge over the communists, the US wished to develop relations with its allies in both West and East — for, Vice President Nixon claimed, the administration of President Eisenhower recognized, more than its predecessors, “the basic fact that what happens in Asia is just as important as what happens in Europe.”

Japan, a US ally and a capable free nation, was, according to RN, “a key bastion in the defense of freedom in Asia.” However, due to the disarmament of Japan which had been enforced by the United States following the close of World War II in 1946, its National Safety Forces could not fill this important global role. Nixon followed his own logic to its bold conclusion: “Now if disarmament was right in 1946, why is it wrong in 1953?…I’m going to do something that I think perhaps ought to be done more by people in public life. I’m going to admit right here that the United States did make a mistake in 1946.” Developments by Soviet leaders have compelled the US and other nations to rearmament — and other free nations, including Japan, ought to follow suit.

The precise document which RN challenged was Japan’s postwar constitution, which was officially enacted May 3, 1947. Under Article 9, the “Japanese people forever renounce war as a sovereign right of the nation and the threat or use of force as means of settling international disputes.” Though RN argues that the disarmament of Japan was primarily enforced by the United States, some historians argue that the decision for disarmament may have been made more directly by the Japanese themselves. Whichever was the case at the time, both nations have since changed their opinions on disarmament, and by 1953 Vice President Nixon was not the only American leader who saw Article 9 as an impediment to US interests in Japan. His speech reveals, at a very early historical moment in the post-war world, American dissatisfaction with Japanese disarmament.

RN further noted that the military autonomy of Japan ought to be further strengthened by economic self-sufficiency, which must be maintained by a reduction in trade barriers. He also expressed his desire for a place for Japan in the United Nations. Both of these wishes would be fulfilled soon — on December 21, 1956, after the USSR finally dropped its veto of Japan’s membership, Japan joined the United Nations, and Japan’s economic relationship with the US would continue to increase throughout the 50s and 60s. By the time Douglas MacArthur made his farewell speech on March 14, 1961, trade with Japan ranked only below trade with Canada.

RN’s luncheon speech marks an important moment in the relationship between the United States and Japan, especially for its criticism of American support of disarmament and its encouragement of Japanese economic self-reliance. It reveals how displeasure of Japanese disarmament was clearly placed within the prerogatives of the Cold War. RN’s call for Japanese economic and political autonomy also foreshadows the actions he would undertake during his own administration for Japanese political autonomy over the controversial Ryukyu islands.