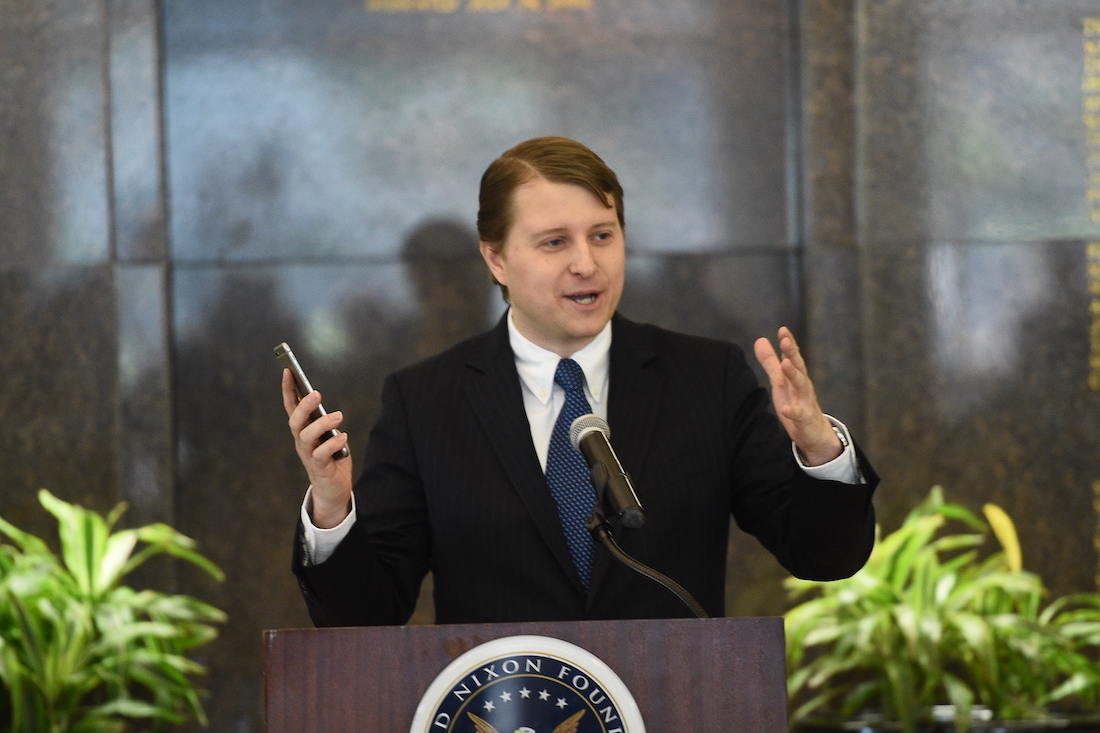 The Richard Nixon Foundation announced today that Christopher Nixon Cox has been elected to its Board of Directors.

Cox is the son of Tricia Nixon Cox and Edward F. Cox, and grandson of President and Mrs. Nixon.

“We’re thrilled that Christopher has joined the leadership of his grandfather’s foundation,” said Ron Walker, Chairman of the Richard Nixon Foundation. “I know that he will offer sound advice, especially as it relates to new opportunities for the Foundation in establishing programs around the Sino-U.S. relationship.”

“I look forward to helping educate a new generation on the consequential legacies of my grandparents by serving on the Foundation Board,” said Cox. “There are many exciting opportunities on the horizon.”

Cox is the co-founder of the consulting firm OC Global Partners, LLC where he advises U.S. companies on selling their products in new markets abroad and growing their workforces in America.

Previously, Cox was a corporate associate at the law firm of Weil, Gotshal & Manges in New York where he advised major private equity fund clients on acquisitions.

In 2008, Cox was the Executive Director for New York State in Senator John McCain’s 2008 presidential campaign.