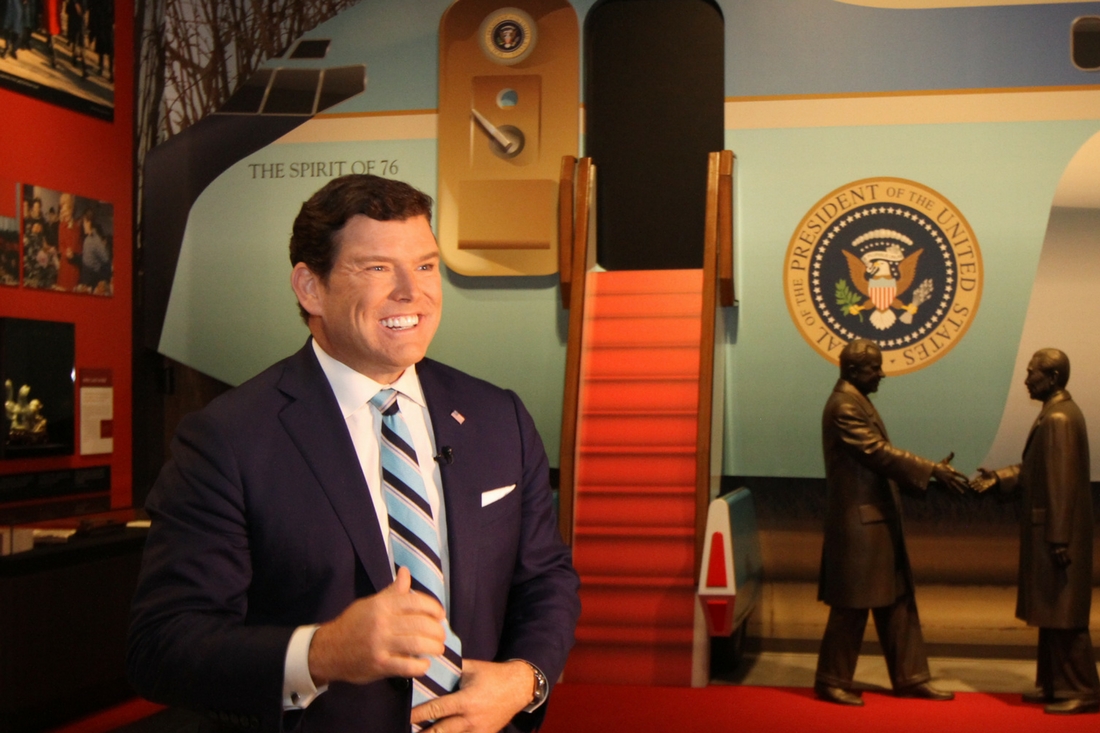 In his lecture, he described how an invitation to play golf led to a three-and-a-half-year journey of extensive research and documentation about President Eisenhower’s final days in office. Baier defines a moment in history that has never been written about before. He unveils President Eisenhower’s thoughts and emotions during the period between his famous farewell address on January 17, 1961 and John F. Kennedy’s inauguration on January 20, 1961.

He emphasized how Eisenhower’s business leadership lessons and political advice still act as a vital example of political leadership for our own time.

He hopes to enlighten a new generation about Eisenhower, an often forgotten leader as he closes his lecture reading the inscription of the book, “to our sons and their generation please allow history to inform your decisions in the future.”

See photos from Bret’s day at the Nixon Library: