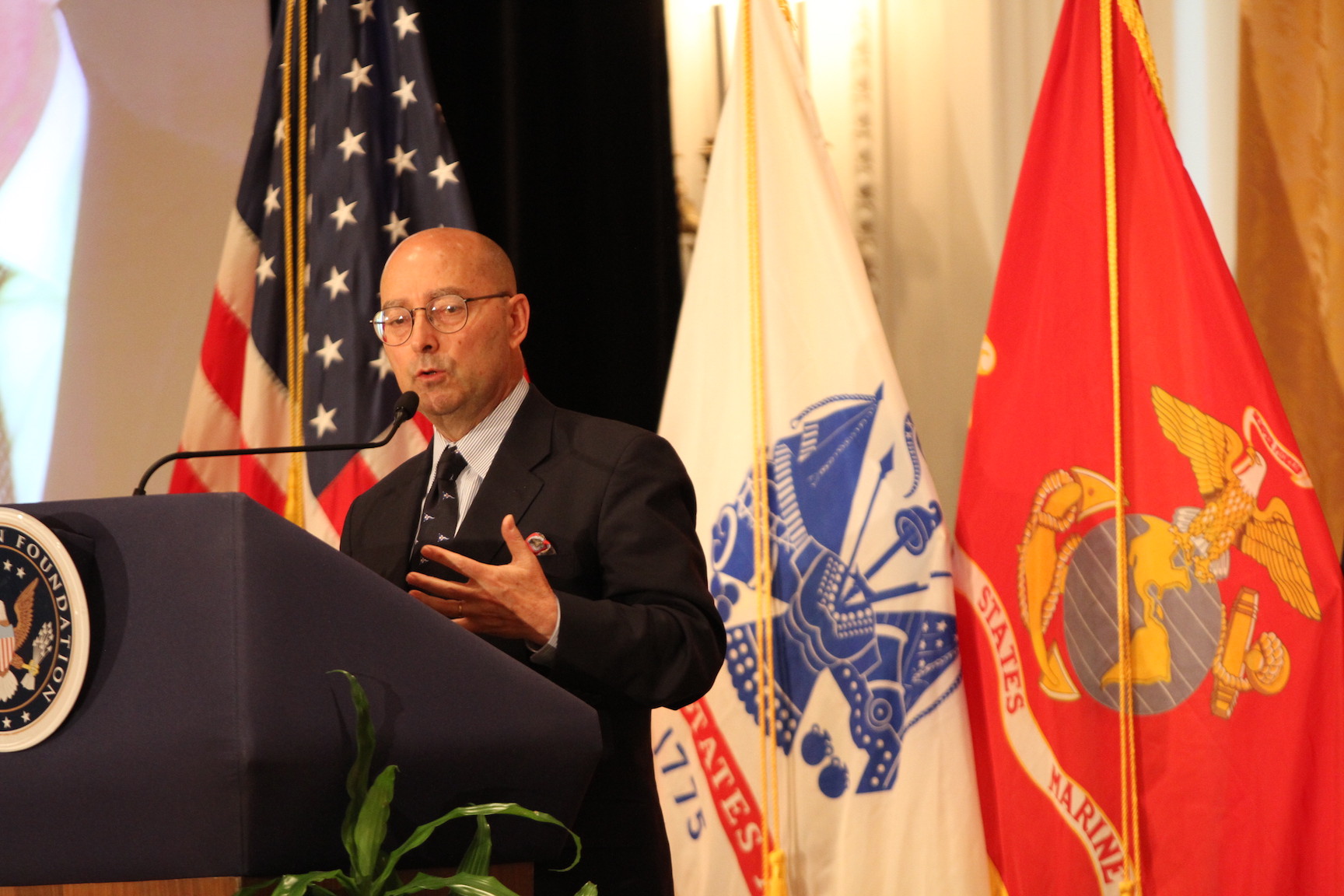 Admiral James Stavridis is Author of “Sea Power: The History and Geopolitics of the World’s Oceans.”

Admiral Stavridis is a thirty-seven year veteran of the U.S. Navy, a career that has spanned as a commander of destroyers and carriers, and culminated to seven years as a four star admiral. From 2006 to 2009, he was head of U.S. Southern Command overseeing all American forces deployed in Latin American and the Caribbean. From 2009 to his retirement in 2013, he served as Supreme Allied Commander of Global Operations at NATO. He is currently the dean of The Fletcher School of Law and Diplomacy at Tufts University in Massachusetts.

– How China, which has traditionally leaned out of affairs in the Pacific Ocean, are now actively engaged militarily.
– Competition over the South China Sea, and China’s construction of Islands, and claims to the Sea’s resources.
– How the U.S. is working with China to contain an unstable North Korea.
– Russia’s efforts to rebuild its fleet in the Atlantic Ocean.
– How the Indian Ocean is an area of competition between Pakistan, India and Iran, a hot spot for piracy, and within the Persian Gulf an epicenter of the Sunni-Shiite rivalry.
– How the Syrian Civil War and the resulting refugee crisis has consumed the Eastern Mediterranean Sea.
– How ice melting in the Arctic Ocean is leading to competition over natural resources between Russia, and the U.S. and its Western Allies.
– How the Oceans are the biggest crime areas in the World.
– What should be America’s Naval Strategy?