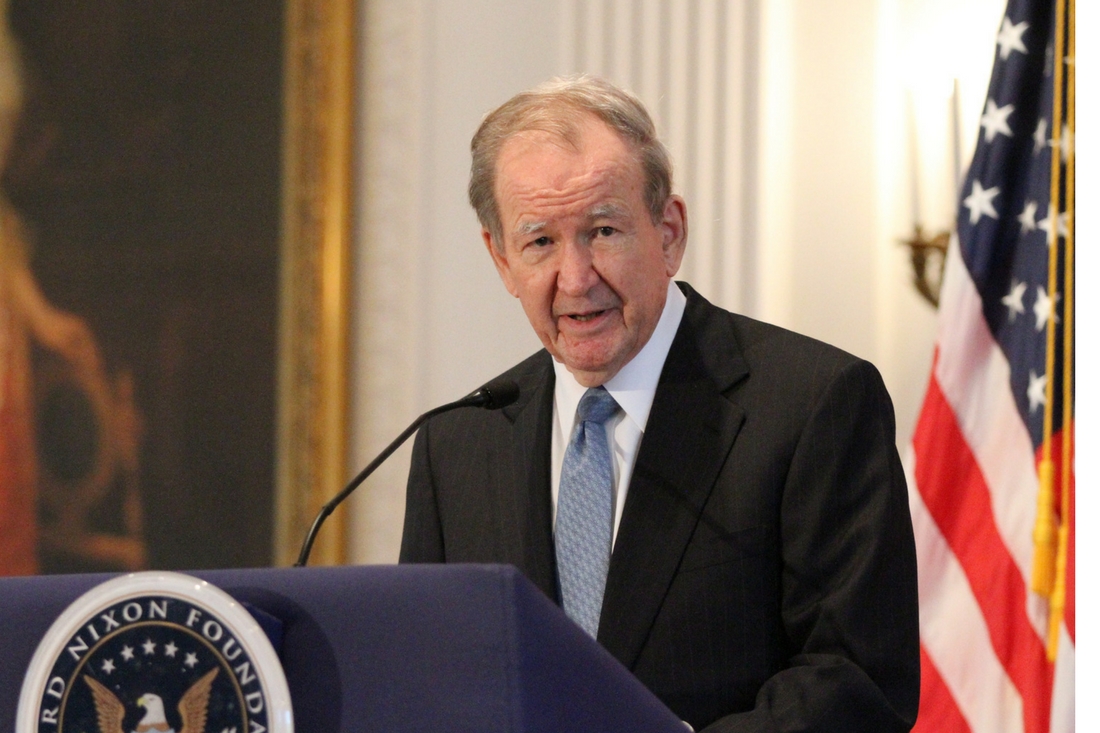 The legendary author and commentator discussed his bestseller “Nixon’s White House Wars: The Battles that Made and Broke a President and Divided America Forever.”

Pat began his political career as an aide to Richard Nixon in 1966, and served throughout the Nixon administration. His firsthand account adds to the history of what Senator Dole called “The Age of Nixon.”

Filmed at the Richard Nixon Presidential Library and Museum on May 22, 2017.