Video: Relations Between the World’s Great Powers in the Age of Trump 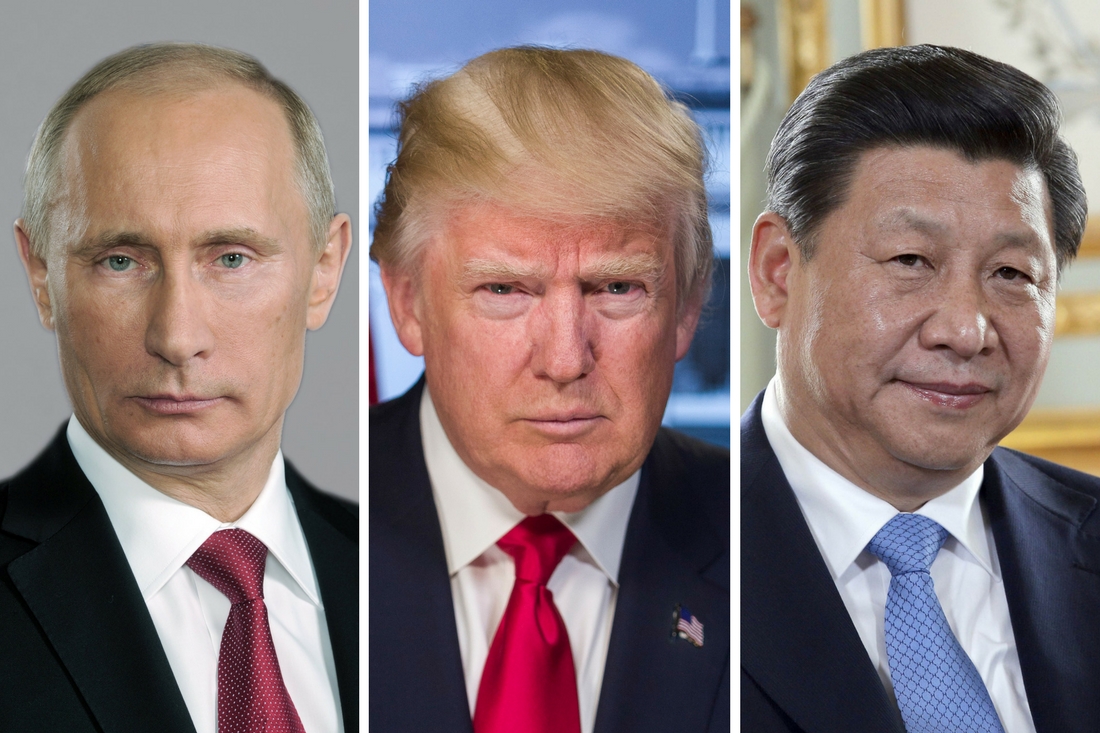 Is the concept of triangulation between China, Russia and the U.S. still relevant in today’s world, and what can Americans expect the Trump administration’s policies toward Russia to be?

Ambassador Karl Eikenberry is the Oksenberg-Rohlen Fellow at the Shorenstein Asia-Pacific Research Center at Stanford University where he leads the U.S.-Asia Security Initiative. He served as the U.S. Ambassador to Afghanistan from May 2009 to July 2011 and had a thirty-five year career in the U.S. Army, retiring with the rank of lieutenant general.

Dr. Thomas Fingar is a Shorenstein APARC Fellow and was the inaugural Oksenberg-Rohlen Fellow in the Freeman Spogli Institute for International Studies at Stanford University. He was the Payne Distinguished Lecturer at Stanford during January to December 2009. From May 2005 through December 2008, he served as the first deputy director of national intelligence for analysis and, concurrently, as chairman of the National Intelligence Council. He served previously as assistant secretary of the State Department’s Bureau of Intelligence and Research (2004–2005), principal deputy assistant secretary (2001–2003), deputy assistant secretary for analysis (1994–2000), director of the Office of Analysis for East Asia and the Pacific (1989–1994), and chief of the China Division (1986–1989).

Dr. David Holloway is the Raymond A. Spruance Professor of International History, a professor of political science, and an FSI senior fellow. He was co-director of CISAC from 1991 to 1997, and director of FSI from 1998 to 2003. His research focuses on the international history of nuclear weapons, on science and technology in the Soviet Union, and on the relationship between international history and international relations theory. His book “Stalin and the Bomb: The Soviet Union and Atomic Energy, 1939-1956” (Yale University Press, 1994) was chosen by the New York Times Book Review as one of the 11 best books of 1994, and it won the Vucinich and Shulman prizes of the American Association for the Advancement of Slavic Studies.

Dr. Kathryn Stoner (moderator) is a Senior Fellow at the Freeman Spogli Institute for International Studies at Stanford University and at the Center on Democracy, Development, and the Rule of Law, as well as (since 2010) the Faculty Director of the Ford Dorsey Program in International Policy Studies at Stanford University. She teaches in the Department of Political Science at Stanford, and in the Program on International Relations, as well as in the Ford Dorsey Program. Prior to coming to Stanford in 2004, she was on the faculty at Princeton University for nine years, jointly appointed to the Department of Politics and the Woodrow Wilson School for International and Public Affairs.