by The Richard Nixon Foundation | Aug 31, 2018 | Foundation News, In Memoriam 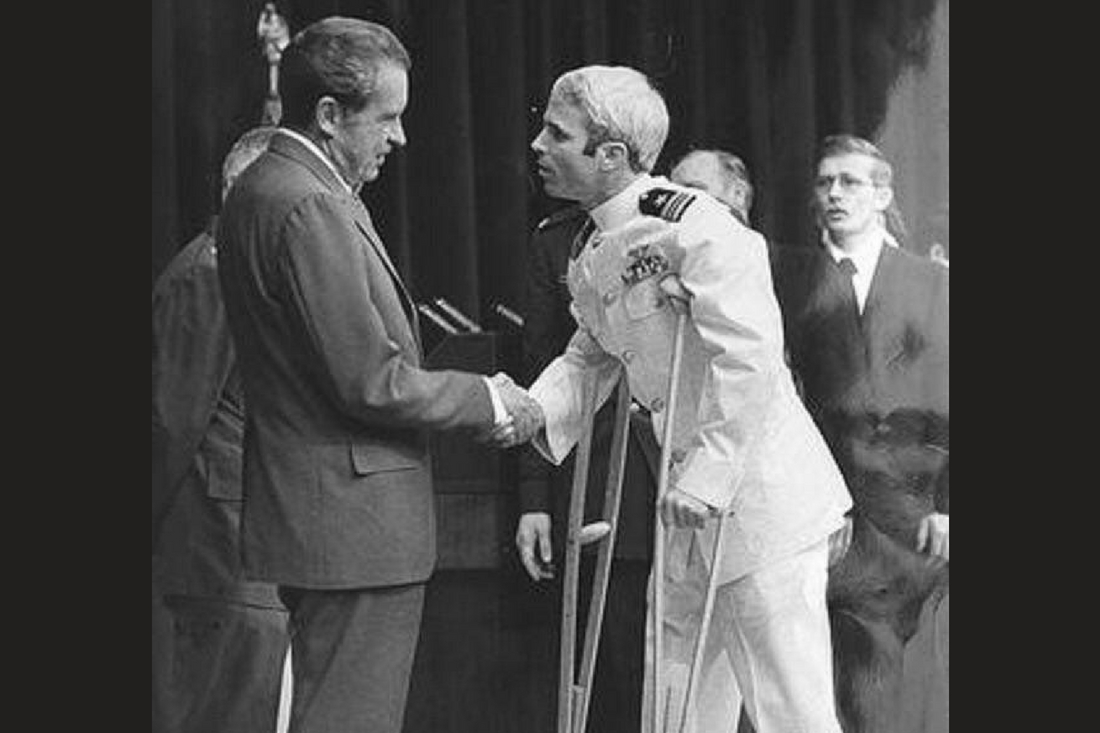 After the Paris Peace Accords were signed and went into effect in 1973, President Nixon personally welcomed every POW home, including Lieutenant Commander John McCain.

The friendship between Nixon and McCain continued for 20 years until the President’s death in 1994.

The Richard Nixon Foundation has just released several letters exchanged between the two over the years, including correspondence where Nixon urges McCain to run for Congress. This is the first time these letters have been made public.

“You have survived terrible adversity and now have the opportunity to become one of America’s greatest Senators,” Nixon wrote to McCain upon his election to the Senate in 1986.

“I hope you know that if it had not been for your courageous actions on Christmas of 1972, I might still be languishing in a cell in Hanoi, and I would certainly not have been able to run for the U.S. Senate,” McCain responded to Nixon.

“Senator John McCain exemplified the triumph of the human spirit,” said President and Mrs. Nixon’s daughters, Tricia Nixon Cox and Julie Nixon Eisenhower, in a statement released upon the Senator’s death. “Our father always admired the incredible strength and sacrifice of the Vietnam POWs, and Senator McCain’s bravery represented the best of America,” they said.