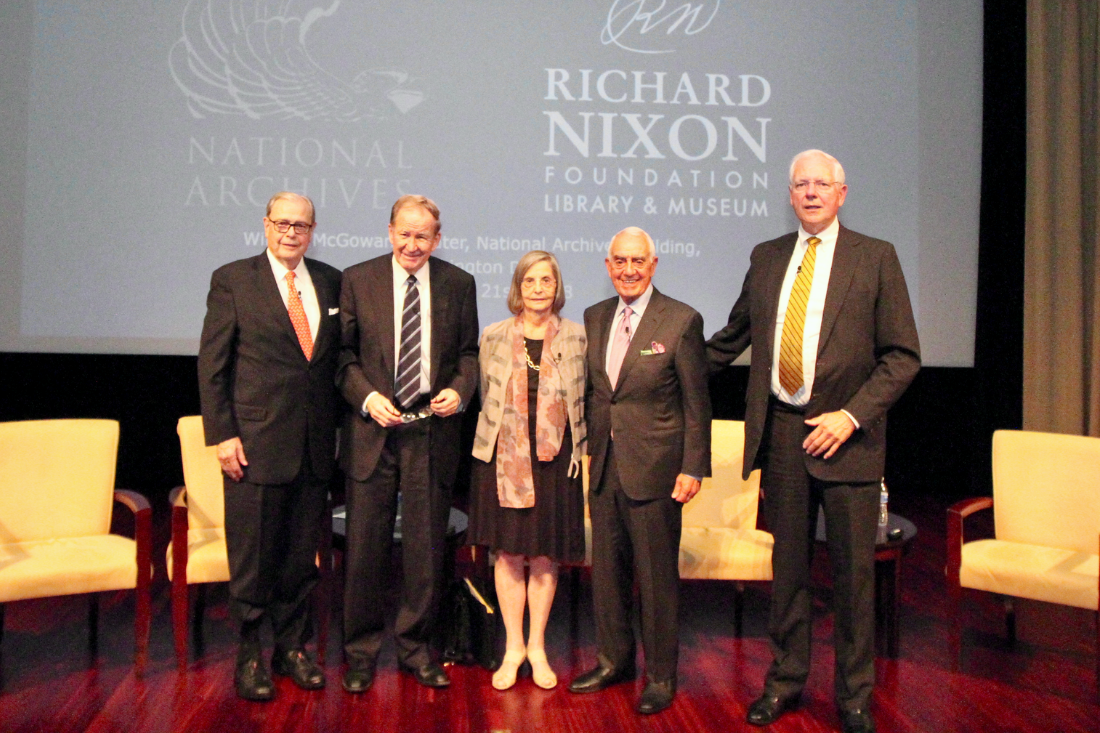 The Richard Nixon Foundation and the National Archives and Records Administration brought together in cosponsorship a distinguished panel of four trusted aides from Richard Nixon’s 1968 presidential campaign on the campaign’s 50th anniversary. These senior campaign strategists and staffers recounted with firsthand knowledge how Richard Nixon rose from political oblivion to come back and win one of the closest presidential elections amid one of the most turbulent years in American history; it was, indeed, the most significant political comebacks of any American leader in the second half of the 20th century.

The panelists recounted the violence, chaos and controversy of 1968, explained how campaign policies were developed and communicated through various mediums, shared their own memories from working on the campaign trail and canvassing across the country, and the important, substantive research, writing and preparation that occured at the campaign’s New York City Headquarters.

Each panelist concluded the program with their own suggestions of what future historians, scholars and students might study and explore regarding that historic comeback, including how the campaign contributed to RN’s remarkable role as one of the most consequential figures of the second half of the 20th century, RN’s strategizing and policy-making on his famous yellow notepads, the questionable effectiveness of presidential debates, and the role of senior campaign insiders including Bryce Harlow.

The program was held at the William G. McGowan Theater at the National Archives Building in Washington D.C. on September 21, 2018.

The Advance Manual by Bob Haldeman