by The Richard Nixon Foundation | Feb 27, 2019 | Foundation News, In Memoriam 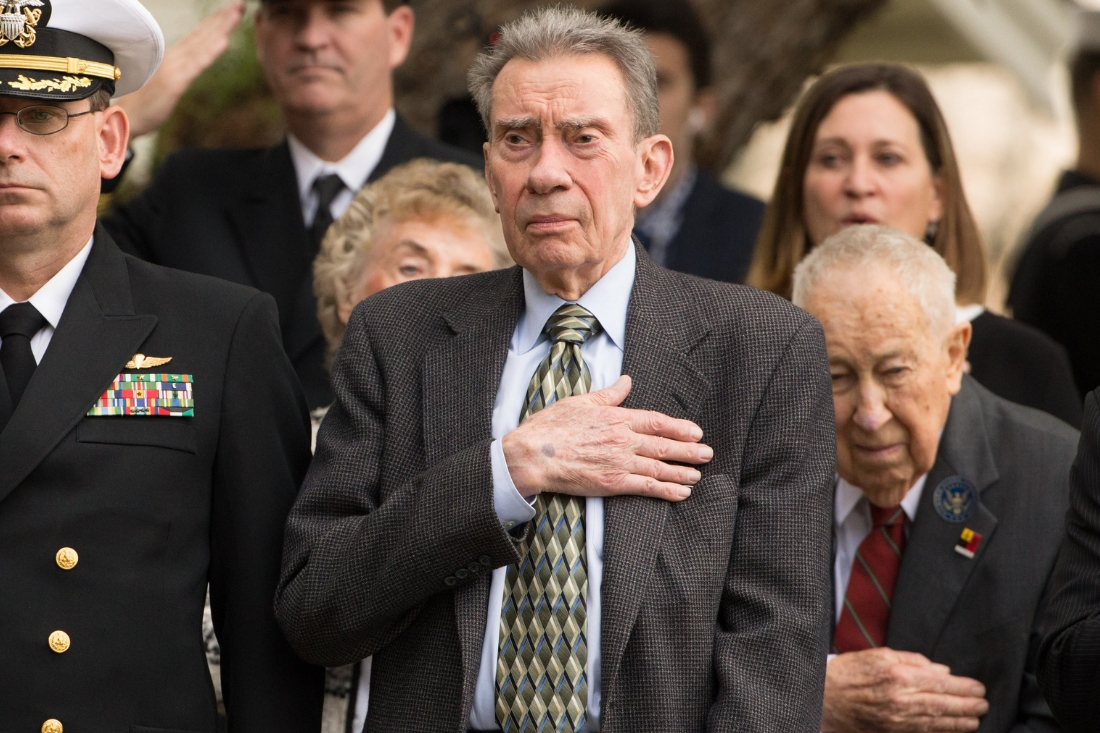 Edward Nixon, the youngest and last surviving brother of President Richard Nixon, died today at a skilled nursing facility in Bothell, Washington. He was 88 years old.

“Since our father passed away 25 years ago, Uncle Ed was our family’s rock.

“The fifth and youngest son of Frank and Hannah Nixon was born with a practical mind and an ever-present, unassuming smile. During his 88 years, he was an ideal mentor and source of strength, whether in the Navy, as a distinguished member of the scientific community, or on his goodwill journeys all across the world.

“He was a source of guidance to our father, whose favorite little Eddie grew up into a renowned geologist with an infectious curiosity. He was always thinking, always working — never for his own benefit, but to uncover the answers to questions that science poses in our world.

“Ed Nixon lived a life that was purposeful, determined, and always interesting; his legacy of kindheartedness and the lessons of his mentorship will remain with us. It is very gratifying that Ed and Gay Lynne are together again.

“Our thoughts and prayers today, and in the coming days and weeks, are with Beth and Amy. Godspeed, Uncle Ed.”

Mr. Nixon worked on his brother’s successful presidential campaigns in 1968 and 1972 and served as Co-Chairman of the Nixon re-election committee in 1972.

“For some people, meeting me is one degree of separation from meeting my famous brother,” Ed Nixon wrote in 2009. “Dick was more than a brother. Because we never shared a boyhood, he assumed the role of assistant father and mentor. At the time of my birth, he was seventeen and getting ready to start college. But he realized he could be an important influence in my life, and he took his self-imposed responsibility seriously, always listening to his kid brother.”

“I considered Dick to be outgoing with his ears — not with his mouth. Through thought-provoking questions, he encouraged me to learn and solve problems. More than anyone else in the family, he could stand back from a contentious situation and give impartial and convincing advice,” he wrote.

Ed Nixon was an original member of the Board of Directors of the Richard Nixon Foundation.

A career geologist and expert on global energy use, Mr. Nixon spent six decades pursuing the responsible use of natural resources around the globe. Throughout his career, he served as an advisor to several cutting-edge companies in the field of Earth science.

Edward Calvert Nixon was born on May 3, 1930, in Whittier, California. He was the fifth and youngest child of Frank and Hannah Nixon, and named Edward after an English King, as was Nixon family tradition.

Mr. Nixon was president of Nixon World Enterprises, Inc., and Chairman of the Pyron Solar Advisory Board in San Diego.

“As the President’s brother and a geologist, I welcomed the chance to share my view of the Earth in many developing countries,” he wrote.

Since his brother’s groundbreaking and historic opening of the People’s Republic of China in 1972, Mr. Nixon made more than 30 important goodwill missions to the country, where he was always welcomed by high-level dignitaries alongside ordinary Chinese citizens, fondly remembering of his brother’s visit.

“Recently, we met with Mr. Ed Nixon at a reception for the 40th anniversary of US-China relations in San Gabriel, California. We were very impressed by his willingness to travel from Washington to be with us, and for his goodwill in strengthening US-China relations on his many visits to China,” said Acting Consul General of the People’s Republica of China in Los Angeles Mr. Shi Yuanqiang. “The Chinese people will remember him like they do President Nixon. He was a good friend of China,” Mr. Shi added.

In addition, he was known to have traveled across the entire world six times.

In 2009, he published his first and only book, The Nixons: A Family Portrait, an intimate look into the Milhous and Nixon families. His book is an invaluable contribution to the historical record.

“While volumes have been written about Dick’s life, this book includes never-before-published material about him, our family, and my own life from a perspective only I can give,” he wrote.

Mr. Nixon is survived by his daughters Amelie “Amy” Peiffer and Elizabeth “Beth” Matheny. His wife of 57 years, Gay Lynne Nixon, died in 2014.

Mr. Nixon’s memorial service was held at the Richard Nixon Presidential Library and Museum on April 14, 2019.