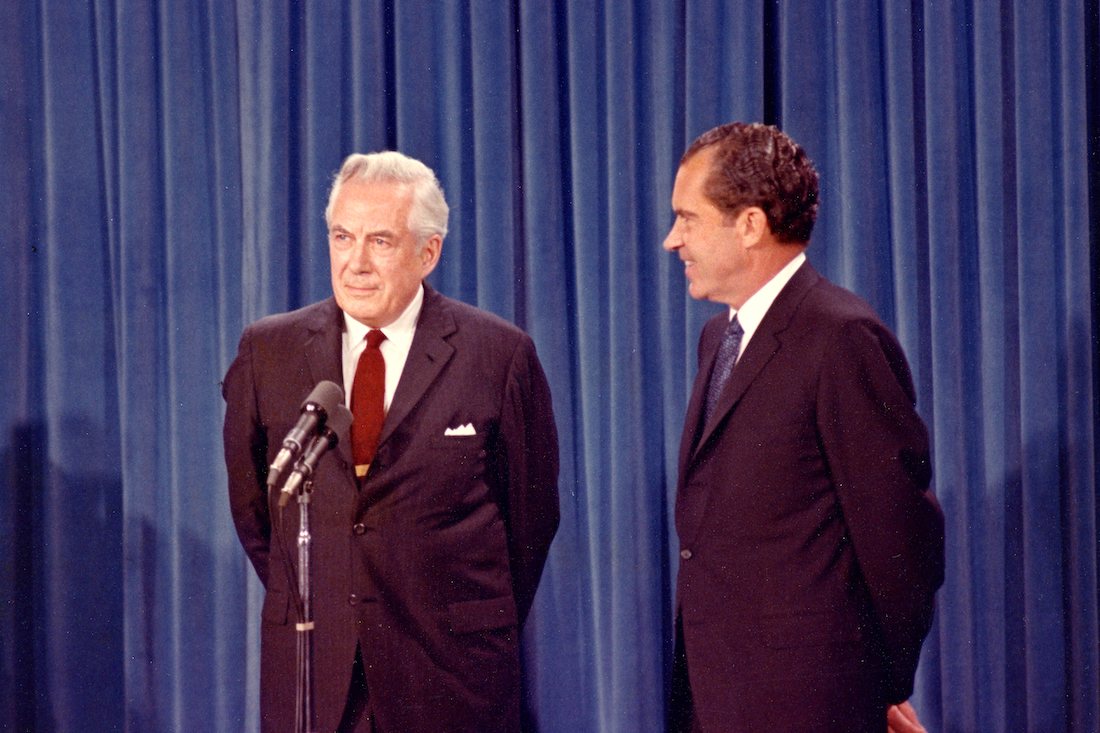 President Richard Nixon wrote that his most significant legacy as President was the appointment of four Supreme Court justices in five in a half years. He made his first appointment to the Supreme Court 50 years ago: Warren Burger was sworn in as chief justice of the United States on June 23, 1969, a position he would hold and mold for 17 years.

Noted legal scholar and political scientist Dr. Jeffrey Morris of The Touro College Jacob B. Fuchsberg Law Center looks back at the legacy of the Burger Court in a new essay published at NixonFoundation.org and available HERE. Professor Morris – who has taught at The City College of the City University of New York, the University of Pennsylvania and Brooklyn Law School – is an expert on the history of America’s most important courts and is the author of 16 books; he has been a judicial fellow and served for five years on Burger’s staff.

Morris writes that the Burger Court was “a transitional court, pragmatic and flexible” whose opinions in four important areas — separation of powers, racial civil rights, church-state matters and freedom of speech and the press – “have so far survived the test of time.”

Morris writes in the essay:  “The Burger Court was, on the whole, a pragmatic, flexible court, no more likely that its predecessor to be overly restrained by precedent. It was a fractured court often able to agree on a result, but not on a single rationale. Statements of individual views proliferated. The Burger Court was also more likely to issue narrow, incremental opinions resting on the facts of a case, although from time to time it was given to bold wielding of judicial power.”

Morris goes on: “Only William Howard Taft among Chief Justices made as substantial a contribution to the administration of justice as Burger.”

In June 2020, the Richard Nixon Foundation will convene and host a conference on the Burger Court at the Nixon Presidential Library in Yorba Linda, on the occasion of the 50th anniversary of the conclusion of Chief Justice Burger’s first year on the court, the 1969-1970 term.