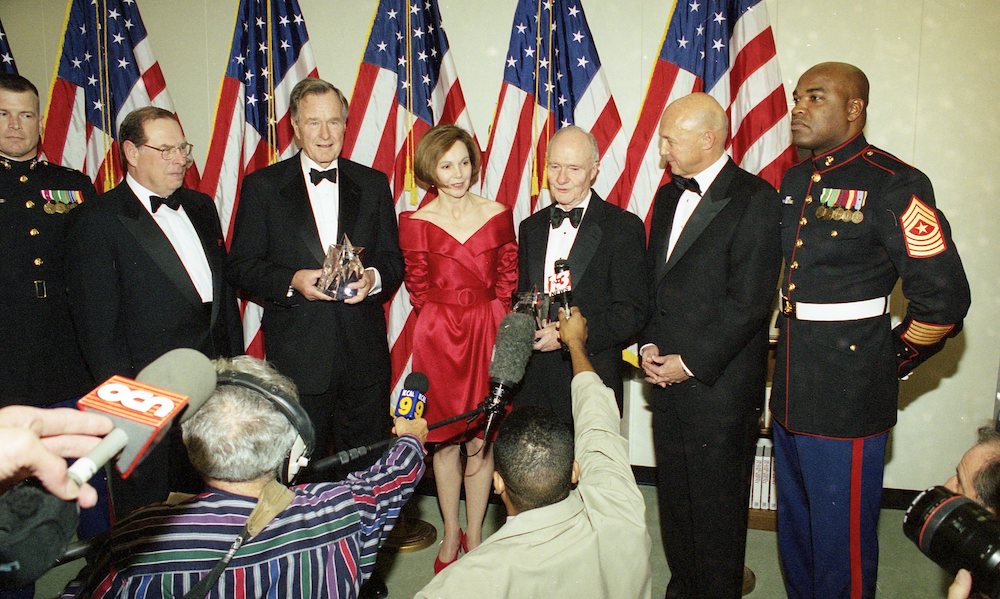 Scowcroft was one of America’s leading voices on foreign policy for decades and it was his work in the Nixon administration that started him on that trajectory.

After his service as a pilot in the Army Air Corps and professor of Russian history at West Point, Scowcroft became military assistant to President Nixon in 1972 and accompanied the President on his history-making mission to China.

Just months later, Scowcroft’s fluency in Russian proved invaluable when he accompanied the President on his equally-historic visit to the Soviet Union.

In 2000, Scowcroft, alongside his friend and fellow Nixon administration alumni George H.W. Bush, was awarded the Victory of Freedom Award by Julie Nixon Eisenhower on behalf of the Richard Nixon Foundation at the Nixon Library in Yorba Linda, California.

“I’d do anything for Richard Nixon,” he said at the event.