Statement by President Nixon’s daughters on the passing of George P. Shultz 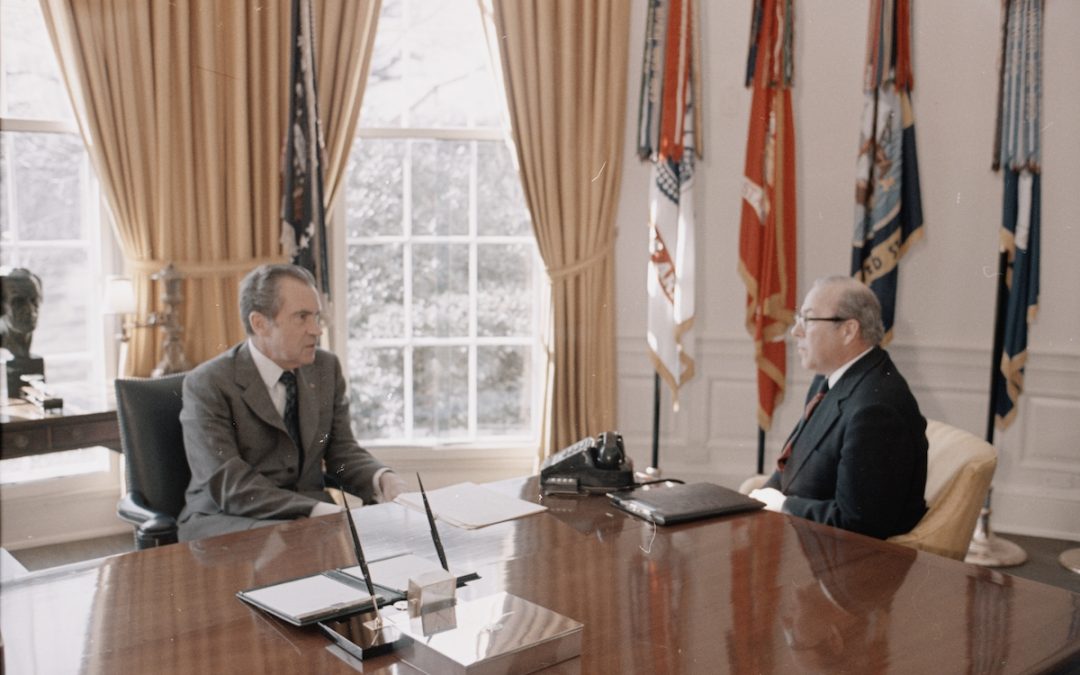 Our family is deeply saddened by the passing of George Shultz. Before he was known for his calm, steady hand in the international arena as one of our country’s longest-serving Secretaries of State, he ably served in our father’s administration as Secretary of Labor, as the first Director of the Office of Management and Budget, and as Secretary of the Treasury.

Among his many accomplishments, Secretary Shultz often spoke about his pride at having helped achieve the Nixon administration’s successful effort to desegregate the public schools in the South. Countless students have benefitted from the decisive action that Secretary Shultz spearheaded 50 years ago, bridging racial divides and promoting equal opportunity for all Americans.

George Shultz was a champion of peace and freedom abroad and of a more just society at home. Our thoughts and prayers are with Charlotte and the entire Shultz family as America mourns the loss of this devoted patriot.