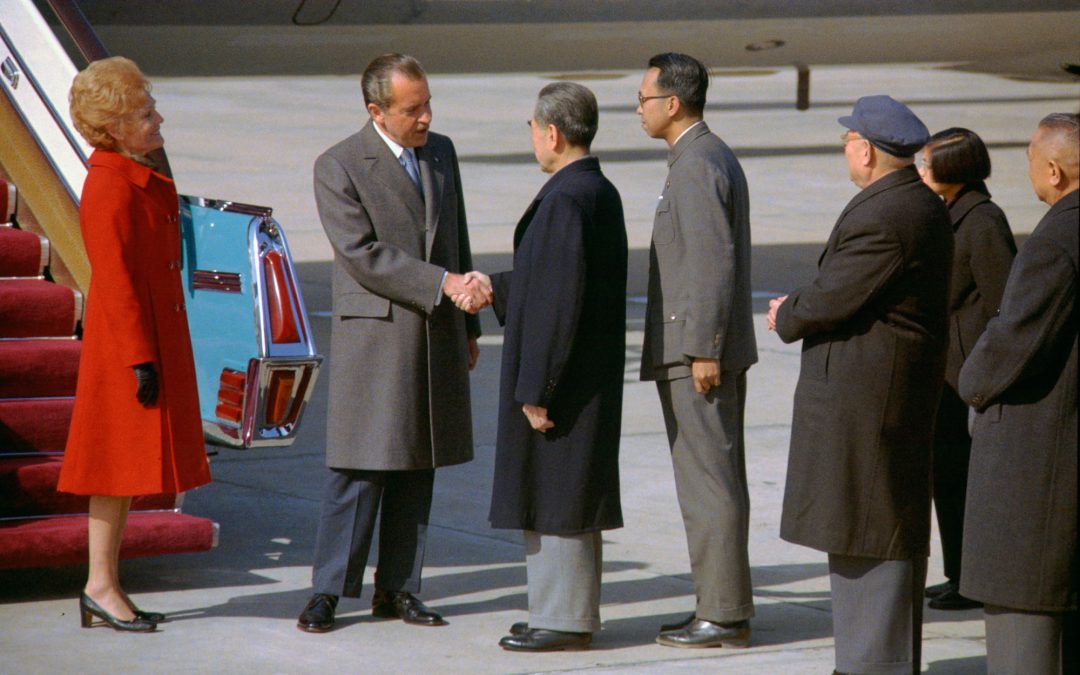 YORBA LINDA, July 15, 2021 — The Richard Nixon Foundation announced the launch of a year-long examination of the issues that define the relationship between the United States and the People’s Republic of China, creating a series of forums for open, honest and candid conversations to develop forward-thinking strategies for guiding relations between the two countries.

Set to begin on the 50th anniversary of President Nixon’s trip to China in February of 2022, the new series —specifics of which will be announced at later dates— will spotlight and present a full range of views on the relationship between the U.S. and the PRC.

Today marks the 50th anniversary of the day on which President Nixon appeared on national television from the NBC Studios in Burbank, and stunned the world by announcing that he would become the first U.S. President to visit the PRC. He and First Lady Pat Nixon traveled to China seven months later.

The new series will educate people in the United States and abroad how President Nixon’s visionary and groundbreaking trip to China fit within his larger strategic framework to win the Cold War.

To also mark the 50th anniversary, the Foundation will celebrate decades of significant contributions made by Chinese-Americans to America’s national ethos.

Visit nixonfoundation.org to learn more about President Nixon’s trip to China in 1972, and purchase tickets online to visit the Nixon Library in Yorba Linda, California.

Watch the video of President Nixon’s July 15, 1971 announcement below: