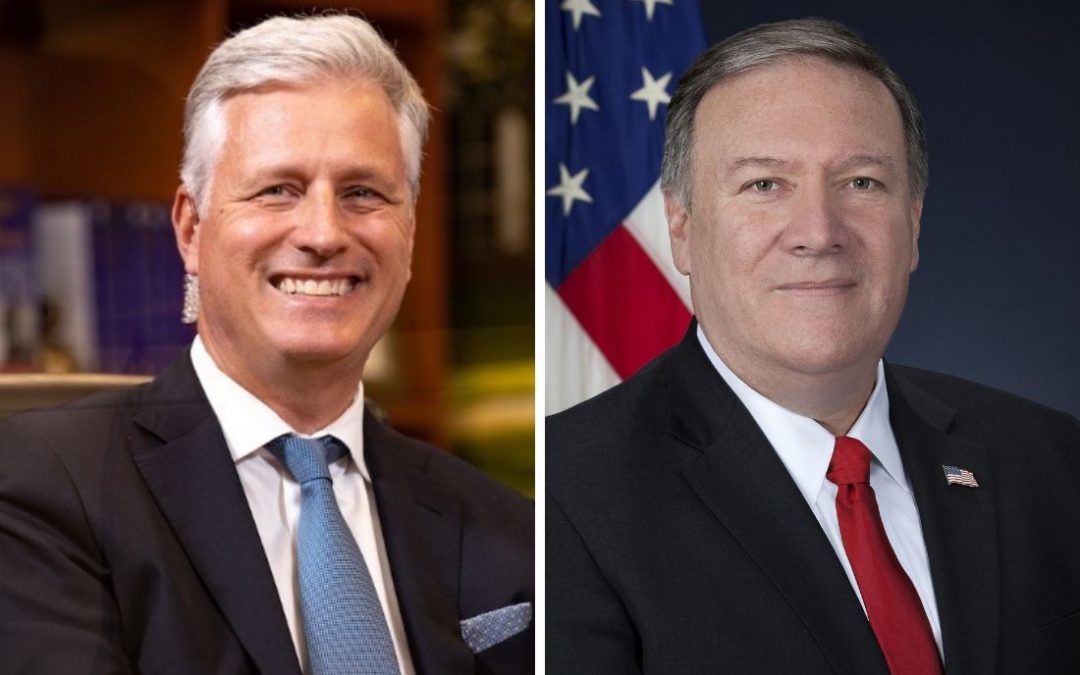 YORBA LINDA, Calif. — Former Secretary of State Mike Pompeo and former National Security Adviser Robert C. O’Brien were jointly selected to receive the Richard Nixon Foundation’s 2021 Architect of Peace Award for their work developing and implementing both the 2020 Abraham Accords and the 2020 Serbia-Kosovo economic normalization agreements, as well as their oversight of the repatriation of more than 50 American hostages detained abroad.

The awards will be presented at a Nixon Library gala on October 14, 2021, in front of 250 supporters of the Richard Nixon Presidential Library and Foundation. In accepting their respective awards, both men are expected to deliver remarks at 6:30 PM Pacific time.

The Architect of Peace Award was established in 1995 shortly after President Nixon’s death and is given to individuals who embody his lifelong goal of shaping a more peaceful world.

Funds raised from the black-tie gala will support the ongoing works of the Nixon Foundation, which include operation of the Nixon Library as well as encouragement and support of scholarship, in-person and online programs that engage the public with American civics, the creation and promotion of educational programs and exhibits rooted in American history, and the fostering of discussion and debate about America’s thirty-seventh president.

The program will be streamed live on the Richard Nixon Foundation YouTube channel below.