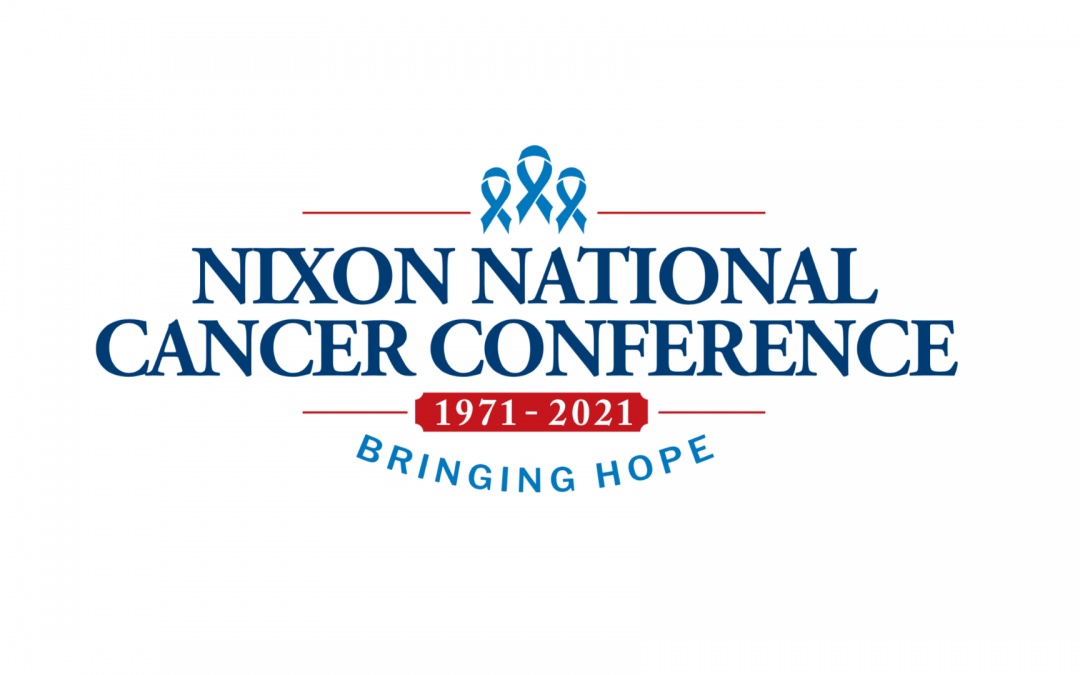 AT NIXON LIBRARY FOR 50TH ANNIVERSARY

OF THE NATIONAL CANCER ACT

Two-day meeting of experts December 1-2 will examine past, present and future of cancer treatment and research

YORBA LINDA, CA  — NOVEMBER 10, 2021 — The Richard Nixon Foundation will host the Nixon National Cancer Conference at the Richard Nixon Presidential Library and Museum in Yorba Linda, California, on December 1 and 2, 2021.

Fifty years ago this December, the Nixon cancer initiative —which was enacted into law with bipartisan support— broke new ground by proposing increased federal funding for research and treatment of one specific disease. President Nixon signed the National Cancer Act of 1971 at a ceremony in the White House East Room on December 23, 1971. He said, “I hope in the years ahead we will look back on this action today as the most significant action taken during my Administration.”

To celebrate the 50th anniversary of this visionary and transformative bipartisan legislation, the Richard Nixon Foundation will host a two-day gathering of distinguished Nobel laureates, cancer center directors, clinicians, researchers, and political and public health officials to assess the past, analyze the present, and envision the future of cancer treatment and research.

The conference will be chaired by Dr. Andrew von Eschenbach, who was Director of the National Cancer Institute from 2001-2005, and Commissioner of the Food and Drug Administration from 2006-2009.

“I am honored to Chair this celebration in gratitude for President Nixon’s visionary leadership. Throughout my career at MD Anderson Cancer Center I witnessed the transformational progress in research and advances in the care of cancer patients that was made possible by the provisions of the National Cancer Act of 1971,” von Esenbach said.

The third panel, The National Cancer Act – Changing the Future of Cancer, features:

Those who would like to attend in person can register here.

The full conference will be streamed live on YouTube here.

As part of the anniversary commemoration, the Nixon Library will open a new special exhibition, “A Commitment to Hope: Richard Nixon and the National Cancer Act,” set to remain on display through March of 2022. Admission to the exhibition is included with regular Nixon Library admission.

Visitors to the exhibit will get an up-close view of that decisive moment 50 years ago when the U.S. government took action to develop a “cancure” and its amazing —indeed, miraculous— results.

With artifacts never before exhibited on loan from cancer centers across the country, visitors will trace the arc of how the fight to conquer cancer continues to transform and evolve, including life saving advances in prevention, detection, and treatment of cancer.

This conference is open to press. To request media credentials, please contact: