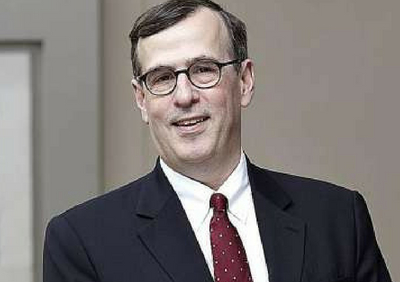 Author of “Home Front to Battlefront: An Ohio Teenage in World War II”

“Home Front to Battlefront” is a World War II history told through the story of combat infantryman Carl Lavin, based on official military histories, conventional history sources, personal letters of the time and taped recollections.

Carl’s story begins as a high school senior on Pearl Harbor Day. It is a world of a small city in the Midwest, where life is still in the middle of the Great Depression, and filled with weekend pickup football games, community dances, and the occasional date. Carl signs up when he turns 18 and has assignments across the U.S. and the U.K. The core of the book is combat in the Battle of the Bulge, the Battle of the Roer, and the Battle of the Rhine. The final chapters are about the occupation in Germany and the return home to the United States.

It is the story of ordinary Americans, thrust into a harsh and dangerous world, where G.I.’s grapple with the horrors of combat, the idiocies of bureaucracy, and the oddities of life back home – all in the same day. It displays the best and the lowest of the human experience, including examples of heroism, compassion, and sacrifice along with cowardice, pettiness, and plain foolishness. It is the war-time juxtaposition of the trite and horrific; the banal and bizarre that gives this narrative emotional impact.

Frank Lavin is the CEO and founder of Export Now, a U.S. firm that operates e-commerce stores in China for international brands. He served as under secretary for international trade at the U.S. Department of Commerce, U.S. Ambassador to the Republic of Singapore, director of White House Political Affairs, and in positions at the Department of Commerce, Department of State, and the National Security Council. In the private sector, Lavin served in senior finance and management positions in Hong Kong and Singapore with Edelman, Bank of America and Citibank. He is a columnist for Forbes.com, and co-author of “Export Now: Five Keys to Entering New Markets.”