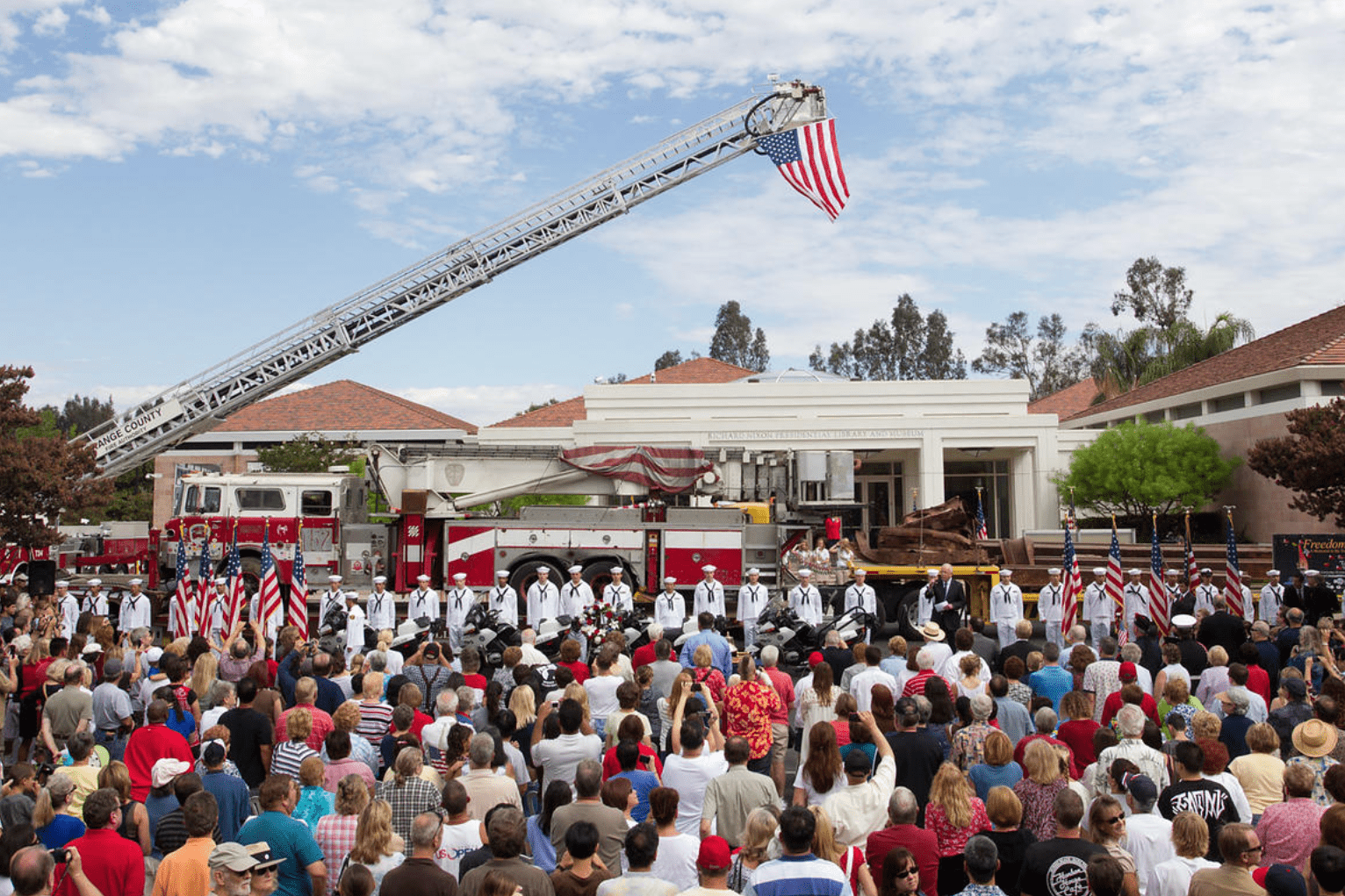 Saturday, September 11 at 11:00 AM
Richard Nixon Presidential Library and Museum

The Richard Nixon Foundation will mark the 20th anniversary of the September 11, 2001 attacks on America with a stirring display of 23 tons of wreckage from the World Trade Center in New York City — a symbol of one of our nation’s darkest hours.

A special remembrance ceremony will be held outdoors on the front steps of the Nixon Library at 11 AM, featuring remarks by Orange County Sheriff Don Barnes and Orange County Fire Authority Chief Brian Fennessy.

The Orange County Fire Authority will bring a fleet of engines and trucks including Ladder Truck 32 and will perform the ceremonial firefighter’s “Final Alarm.”

There will be a formal Presentation of the Colors, singing of the National Anthem, and musical performances by the Orange High School Concert Choir, the Orange County Chamber Singers and Masters Choral, and the Villa Park High School Band.

Registration is strongly recommended to attend this ceremony. Admission to the Nixon Library and Museum is not included.

Large bags and backpacks will not be allowed at the ceremony.