The First US Presidential Trip to Israel

President Obama’s trip to Israel — his first as POTUS — has appropriately generated much interest and intrigue, given the delicate state of affairs in the Middle East.
It is appropriate on such an occasion, as many media outlets have done, to recall the first presidential trip to Israel, that of Richard Nixon on June 16 and 17, 1974. The visit came on the heels of the October ’73 Yom Kippur War, and not long after Secretary Kissinger used “Shuttle Diplomacy” to reach an accord between the Syrians, Egyptians, and Israelis.

As RN noted in Memoirs, the trip was a stellar launching point for the Middle East Peace Process:

The impossible had been achieved. Both Israel and Syria accepted the terms… The next step in the American effort had to be an attempt to consolidate the new trust and extend the new dialogue. It was important to move fast while the momentum was still fresh. Plans were therefore activated for a series of major summits in the Mideast. I decided to make personal visits to Egypt, Syria, Saudi Arabia, Jordan, and Israel to help firm up the gains we had made and to lay the groundwork for more progress in the future (p. 1006). 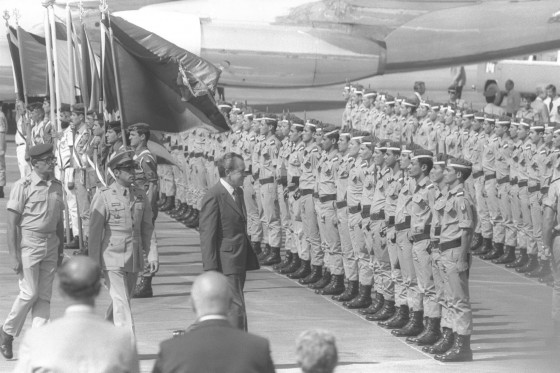 RN reviews an honor guard at Ben Gurion Airport after becoming the first POTUS to set foot in Israel.

In his remarks on the tarmac, RN thanked President and Mrs. Efraim Katzir.

Heavy security guarded the presidential motorcade as it headed into Jerusalem. 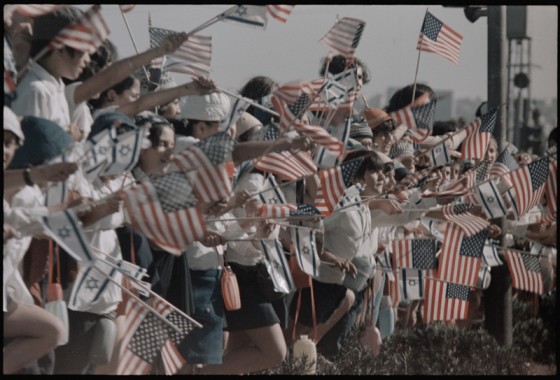 Thousands of children waved American and Israeli flags along the motorcade route. 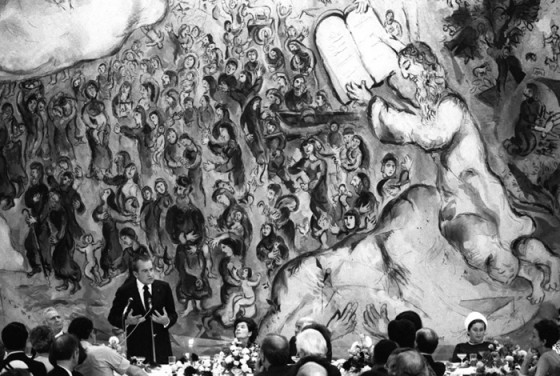 RN delivers remarks at the Knessett.

RN delivered remarks at the Knesset, noting that the countries in the Middle East must recognize “that continuous war in this area is not a solution for Israel’s survival and, above all, it is not right that every possible avenue [not] be explored to avoid it in the interest of the future  of those children we saw by the hundreds and thousands on the streets of Jerusalem today.” 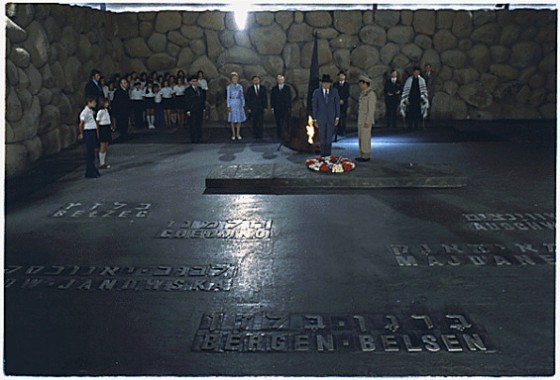 That evening, RN and PN paid a visit to Yad Vashem, Israel’s official memorial to Jewish victims of the Holocaust. 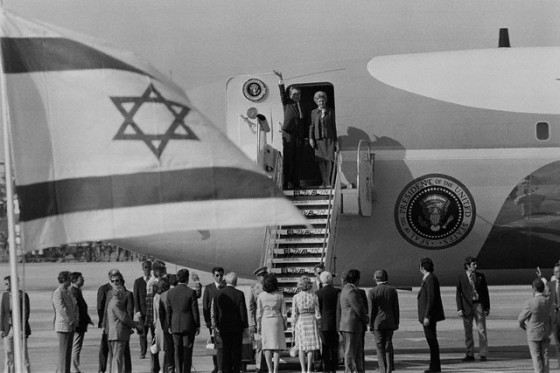 The morning of the 17th, RN and PN waved goodbye, off to Jordan for the final leg of the trip.

There was much buzz over the Nixon visit earlier this week, most prominently by the Israeli Embassy to the United States, which posted a recap of the trip, complete with photos and remarks.

Jimmy Byron is a Communications and Marketing Assistant with the Richard Nixon Foundation. He is a second-year student at Chapman University.