President Nixon addresses the nation on his plan for welfare reform: the Family Assistance Plan.

On August 8, 1969, President Nixon addressed the nation on his administration’s domestic program proposals. He unveiled a series of domestic policies aimed at combating the nation’s growing problem of welfare dependency and continued struggle with poverty

The focal point of his address and domestic legislative push was the Family Assistance Plan, a plan crafted with the help of chief Urban Affairs counsel Daniel Patrick Moynihan. The two believed that if an income floor was provided to the families of the unemployed and working poor on the condition that they find work or enroll in job training, the stability of a base income would encourage them to seek better pay and shed themselves from the welfare rolls.

The plan would do way with what was then the injustice of the present system:

The present system often makes it possible to receive more money on welfare than on a low-paying job. This creates an incentive not to work, and it also is unfair to the working poor. It is morally wrong for a family that is working to try to make ends meet to receive less than a family across the street on welfare. This has been bitterly resented by the man who works, and rightly so–the rewards are just the opposite of what they should be. Its effect is to draw people off payrolls and onto welfare rolls–just the opposite of what government should be doing. To put it bluntly and simply–any system which makes it more profitable for a man not to work than to work, or which encourages a man to desert his family rather than to stay with his family, is wrong and indefensible.

The new plan would adopt three basic principles: equality of treatment across the Nation, a work requirement, and a work incentive. A basic federal minimum wage would be provided to any family, headed by either a mother or father or both, regardless of where they lived. The new worker would be able to keep the first $60 a month of outside earnings with no reduction in his benefits, and beyond that, his family assistance supplement would be reduced by only 50 cents for each dollar earned.

Congress would never see to the passage of the Family Assistance Plan, but the concept would be the model of welfare reform in the mid-1990s. 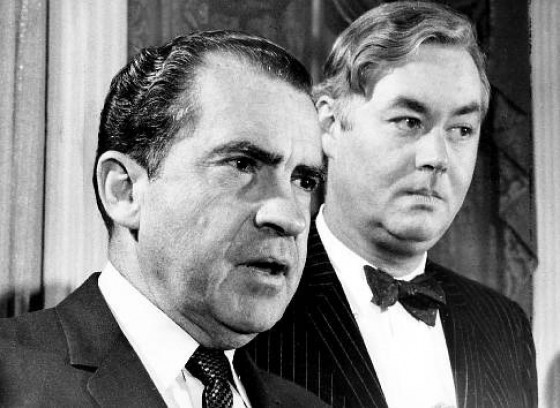 President Nixon and Daniel Patrick Moynihan unveiled the Family Assistance Program, an idea ahead of its time.