President Nixon On Establishing the EPA and NOAA 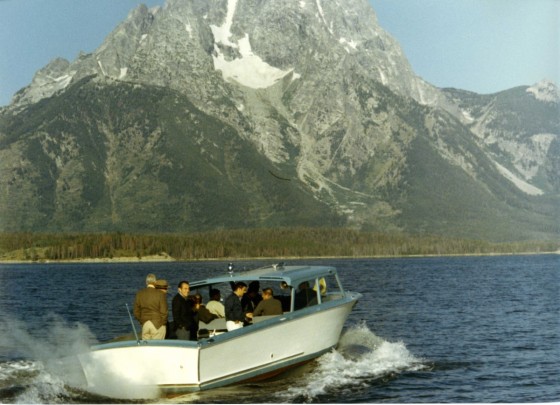 President Nixon and others boating on Jackson Lake at the Grand Tetons National Park near Moran, Wyoming.

On this day in 1970, President Nixon relayed a comprehensive message to the Congress of the United States regarding the proposed reorganization plans to establish an Environmental Protection Agency and the National Oceanic and Atmospheric Administration.

As noted by RN, “Our national government today is not structured to make a coordinated attack on the pollutants which debase the air we breathe, the water we drink, and the land that grows our food. Indeed, the present governmental structure for dealing with environmental pollution often defies effective and concerted action.”

With the public’s awareness for the environment at a never before seen pinnacle and air and water pollution at deplorable levels, change needed to be instituted to make possible a coordinated attack.

In the message, President Nixon laid out the components of the proposed EPA and NOAA and reasoned the advantages of both organizations. The actions instituted by the proposed EPA were as follows:

–Certain functions respecting radiation criteria and standards now vested in the Atomic Energy Commission and the Federal Radiation Council.
–Functions respecting pesticides registration and related activities now carried out by the Agricultural Research Service (from the Department of Agriculture).

The components of the NOAA were proposed as follows:

Under terms of Reorganization Plan No. 4, the programs of the following organizations would be moved into NOAA:
–The Environmental Science Services Administration (from within the Department of Commerce).

In brief, these are the principal functions of the programs and agencies to be combined: