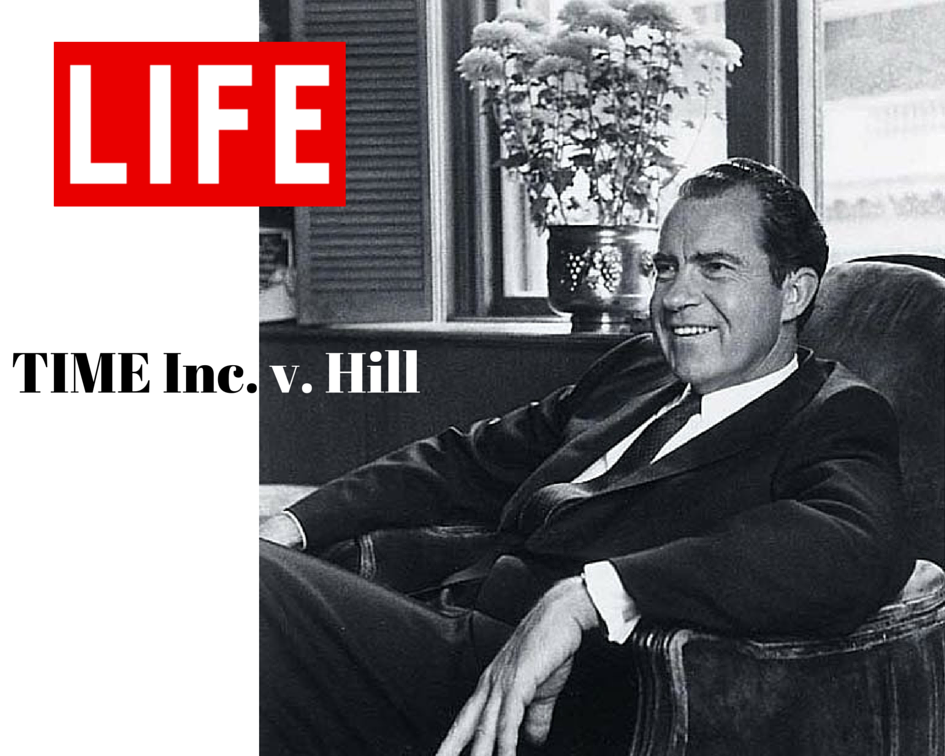 In September, 1952 the Hill family of Whitemarsh, Pennsylvania was held hostage by three escaped convicts for nineteen hours. The Hills were released without incident, and two of the convicts were later killed by police officers attempting to capture them.

In the spring of 1953, author Joseph Hayes published The Desperate Hours, a novel describing a dramatic hostage situation. Hayes’ depiction showed a family taken hostage struggling with their captors in scenes of direct physical and verbal abuse. The novel was eventually adapted into a play which was well received. Though it made no direct reference to the events in Whitemarsh, Times published an article, “True Crime Inspires Tense Play”, which included pictures of the play’s actors in the Hill’s Whitemarsh home where they were held, blurring the distinction between fiction and reality and heavily implying that The Desperate Hours was meant to be a retelling of the Hill’s ordeal.

On April 27, 1966 former Vice President Richard Nixon presented his opening argument in the Supreme Court case of Time Inc. v. Hill. RN was defending the Hill family’s claim that Time had profited directly from a fictionalized account of the events in Whitemarsh. The article by Time, RN asserted, brought the family unwanted attention based on false information. He also noted that Time’s article deviated from the actual events of the Hill incident but was presented as news, making it indefensible as “freedom of the press” because it was fictional and inaccurate, and therefore un-newsworthy.

Nixon presented evidence that Time’s editors had acknowledged in an initial draft of the article that the veracity of the story was questionable and flagged it for additional fact-checking; however, the article was published without the error being reviewed. In the argument the Hill incident was compared to the trial of New York Times Co. v. Sullivan, in which charges regarding false news reports were brought against the New York Times as showing a “reckless disregard of the truth”.

The court eventually ruled 5-4 in favor of Time Inc. because there was not sufficient evidence that Time had acted with malicious intent towards the Hills. They decided that such inaccuracies are inevitable within the press and therefore protected under the first amendment, in which the press must be allowed “the ‘breathing space’ that they ‘need to survive. . . .'”.

Though Nixon did not win the case, he did earn the respect of the legal community for his sound and thorough argument which he prepared in relative isolation over a span of two weeks and presented to the high court alone.