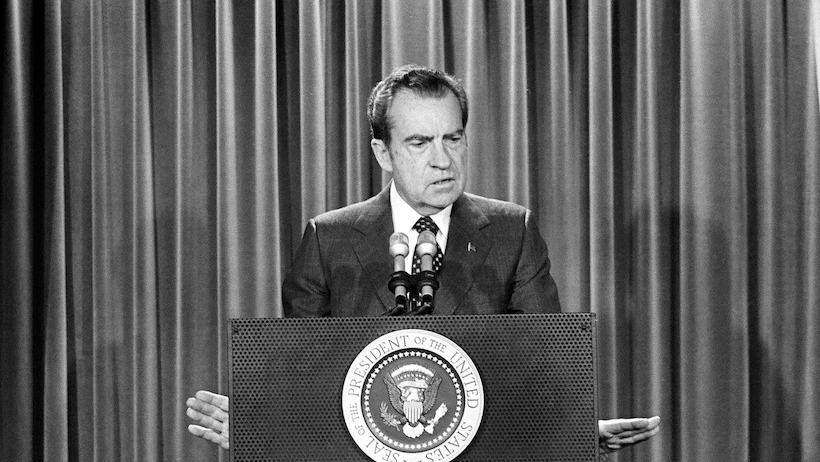 In his message, the president announced the creation of the Special Action Office of Drug Abuse Prevention (SAODAP) responsible for all drug related programs including education, treatment, and research efforts.  The director of the SADOP reported directly to theWhite House and remained under the executive branch to develop program requirements and allocate funding for drug abuse measures.  The first director, Jerome Jaffe, built a reputation for implementing new drug treatment programs in New York and Illinois. Jaffe utilized methadone treatments in his facilities and reported successful results when administered to heroin users.

With the establishment of the SAODAP, President Nixon requested over $150 million in new funds for federal treatment programs.  Despite running on a platform of law and order, he devoted over two thirds of all federal crime control expenditures on rehabilitation to reduce drug demand. As President Nixon stated in his June 1971 address, “We must also deal with demand. We must rehabilitate the drug user if we are to eliminate drug abuse and all the antisocial activities that flow from drug abuse.”

However, given the lack of scientific studies highlighting the successes of treatment programs and the problems surrounding the accuracy of official crime statistics, most of the rehabilitative measures signed into law by President Nixon were abandoned by the 1980s.  Lawmakers chose to utilize incarceration for abusers in hopes of reducing the demand for drugs.  Furthermore, the federal government chose to increase funding for measures aimed at reducing the drug supply.

Today, a significant number of professionals in the medical community have advocated the use of drug rehabilitation measures, such as methadone treatment, to help reduce the number of heroin abusers.  While President Obama continues to advocate for drug rehabilitation, federal lawmakers should consider the lessons learned from the programs signed into law by President Nixon.