Synopsis: The Shanghai Communiqué in the Age of Trump 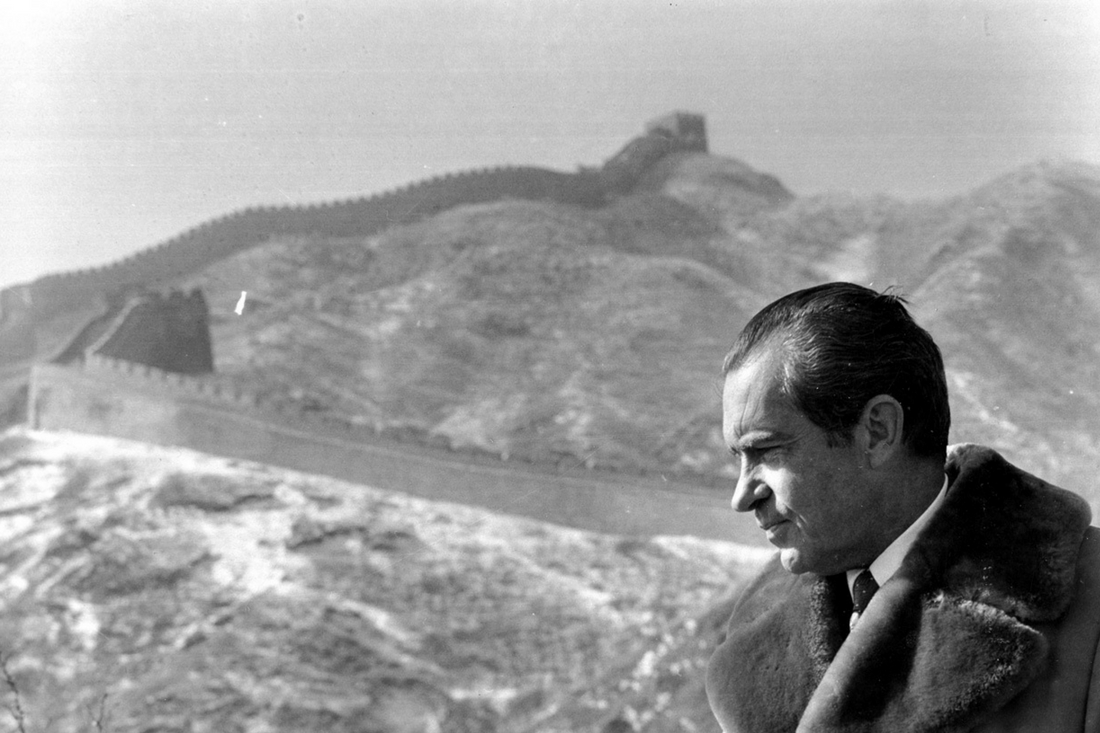 Only One China?
The Shanghai Communiqué in the Age of Trump
Richard Nixon Presidential Library
March 28, 2017

This report is based on the views expressed during a workshop on March 28, 2017 organized by the Richard Nixon Foundation as part of its mission to create and contribute to actionable information for use by policy makers across the globe.

Ambassador Karl Eikenberry is the Oksenberg-Rohlen Fellow and Director of the U.S.-Asia Security Initiative at Stanford University’s Asia-Pacific Research Center, and a Stanford University Professor of Practice. He served as the U.S. Ambassador to Afghanistan from May 2009 until July 2011 and had a 35-year career in the United States Army, retiring with the rank of lieutenant general.

John Pomfret served as a correspondent for the Washington Post for many years, and was a Fulbright Senior Scholar living in Beijing. He is the author of the acclaimed book, “Chinese Lessons: Five Classmates and the Story of the New China,” and has won several awards for his coverage of Asia, including the Osborne Elliot Prize. He’s the author of the newly published book, “The Beautiful Country and the Middle Kingdom: America and China, 1776 to the Present.” He was one of the first American students to go to China and study at Nanjing University, and attended Singapore’s Institute of Southeast Asian Studies as a Fulbright Scholar.

Ambassador J. Stapleton Roy is a Distinguished Scholar and Founding Director Emeritus of the Kissinger Institute on China and the United States at the Woodrow Wilson International Center for Scholars in Washington, DC. During a career focused on East Asia and the Soviet Union, Roy’s ambassadorial assignments included Singapore, China, and Indonesia. His final post with the State Department was as Assistant Secretary for Intelligence and Research.

Clayton Dube heads the USC U.S.-China Institute. It focuses on the multidimensional and evolving U.S.-China relationship and aims to inform public discussion on the importance and evolving nature of that relationship. A historian, Dube has earned teaching awards at three universities and has produced documentaries including Assignment: China about journalists reporting in China since the 1940s.

It has been 45 years since President and Mrs. Richard Nixon landed in the People’s Republic of China.

President Donald Trump recently affirmed the One China Policy – after some skepticism – which is a key element of the Shanghai Communiqué, the overarching framework of Sino-U.S. relations since 1972.

Considering contemporary circumstances, can Americans expect the basic elements of the Shanghai Communiqué – and President Nixon’s larger Chinese legacy – to live on in the Age of Trump?

The Shanghai Communiqué is a reflection of the fact that the Chinese civil war never formally ended and there remain two governments – the People’s Republic of China and the Republic of China (Taiwan) – who claim to be the sole legal government of China.

A communiqué, more broadly, is a summary statement expressed after a meeting or series of meetings.

In the case of the Shanghai Communiqué, it is not an enforceable treaty or law. The U.S. Senate has never confirmed it, nor has the Chinese leadership submitted it to its governing legislative bodies.

It is a declaration of intent, rich with 45 years of historical impact. It remains the governing diplomatic relations between China and the United States.

In order to open relations with Beijing, the Nixon administration acknowledged that both sides said there was one China and claimed to represent it. The two sides of the Strait would have to reach a political solution directly and peacefully.

The two sides also agreed generally that normalization between China and the United States is in the interest of all countries, and that their relationship should be governed on the basis of non aggression, non interference, equality and mutual benefit, and peaceful coexistence. “International disputes should be settled on this basis, without resorting to the use of threat or force.”

China and the U.S. opposed “hegemony”, a phrase directed at the Soviet Union.

The leaders of both countries were also candid about their disagreements on political ideology, and support for their respective allies engaged in conflicts throughout the globe.

Though travel, cultural exchange, and trade are buried at the bottom of the document, they’ve become some of the most pivotal components in bilateral relations.

It is important to note that on an average day, 8,600 Chinese will visit the United States; there are about 380,000 students from China living and studying in America.

China has become second largest economy in the world and may overtake the U.S. in the near future. In addition, about 40% of world economic growth is fueled from China. Taiwan’s purchasing power parity is now number 15 in the world.

The Past As Instructive

The panelists’ comments on the role of President Nixon in developing and implementing a grand strategy to establish a new international framework built on peaceful relations with Beijing and stability in Asia, as well as a relaxation of Cold War tensions with the Soviet Union, are instructive for today’s American leaders.

Indeed, it is hard to imagine that today’s existing international frameworks would have been developed without the central role of Richard Nixon in initiating this dramatic shift in geopolitics.

For these reasons, the panelists concluded that President Nixon’s visit to China in February 1972 was the definitive turning point in the Cold War.

President Nixon also encountered Chinese leadership who were essentially forced to make shifts in international strategies, due to economic challenges – agricultural depression – and its hostile geopolitical situation with the Soviet Union. The Chinese were looking to the United States — and still are – as a force to boost economic and agricultural production.

However, evidence indicates that in the long term, the 1972 diplomatic breakthrough has positively shaped the way China responds to issues where, previously, the enmity between the U.S. and China had determined China’s approach to the international order.

The existing and future effects of the changes in this policy will be examined in a future Nixon Foundation workshop.