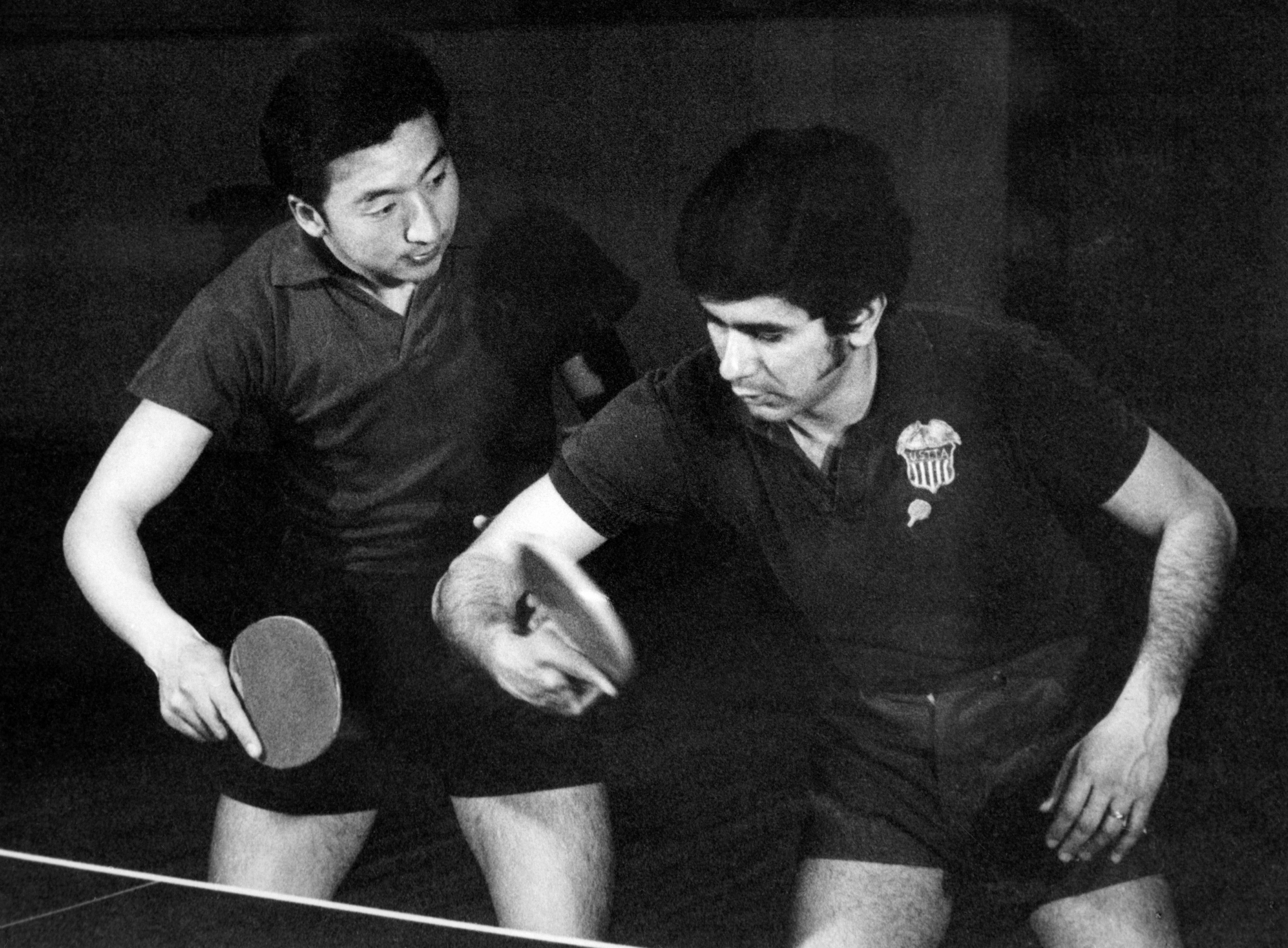 On April 5, 1971, the People’s Republic of China invited the United States table-tennis team to play their national team following a tournament that had ended in Nagoya, Japan. At the time, the Chinese were seeking to cool relations with the United States, and found that table tennis was the pretense that they were looking for opening diplomatic channels.

As a result, the American team and a small group of American journalists traveled to China for the first time since 1949. Commenting on the arrival of the United States Table Tennis team, Premier En-lai said that the visit “opened a new page in the relations of our peoples.” Seeing this as an opportunity to open up political relations with the Red Giant, President Nixon secretly sent Henry Kissinger to Peking between July 9th and the 11th of that year in order to arrange a meeting between the Chinese Premier Chou En-lai and President Nixon. The meetings were successful and on July 15, 1971, President Nixon announced to public that he would be visiting China the following February.

On April 18, 1972, maintaining the kindred spirit that had been established between the two powers, President Nixon received the Chinese Table Tennis team to show good faith to the Chinese government, demonstrating the opening had been a great success. During the reception, Nixon said that despite there being winners and losers in their table tennis tournament, the real winner “will be the friendship between the people of the United States and the people of the People’s Republic of China.”

Below is a transcript of the president’s reception of the Chinese Ping-Pong players and the progress report on the preparations for the visit.