Synopsis: Endgame in Pyongyang: The U.S., China, and the Geopolitics of the Korean Peninsula 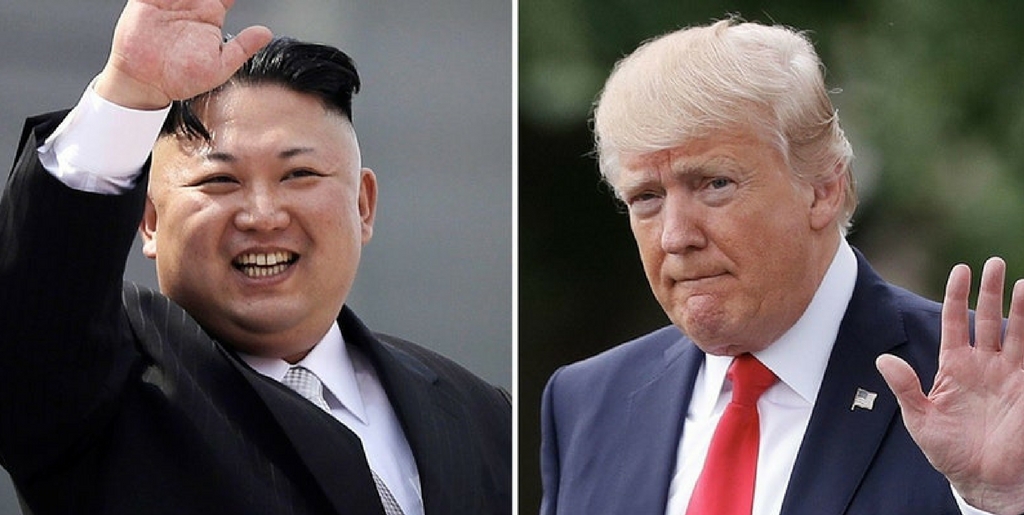 Endgame in Pyongyang:
The U.S., China, and the Geopolitics of the Korean Peninsula
Richard Nixon Presidential Library and Museum
October 25, 2017

This report is based on the views expressed during a workshop on October 25, 2017 organized by the Richard Nixon Foundation as part of its mission to create or contribute to actionable information for use by policy makers across the globe.

Dr. Bruce W. Bennett is a senior international/defense researcher at the RAND Corporation who works primarily on research topics such as strategy, force planning, and counterproliferation within the RAND International Security and Defense Policy Center and the RAND Arroyo Strategy, Doctrine, and Resources Program. His Northeast Asian research has addressed issues such as future ROK military force requirements, the Korean military balance, counters to North Korean chemical and biological weapon threats in Korea and Japan, dealing with a North Korean collapse, potential Chinese intervention in Korean contingencies, changes in the Northeast Asia security environment, and deterrence of nuclear threats (including strengthening the U.S. nuclear umbrella). He has worked with the Office of the Secretary of Defense, the Defense Threat Reduction Agency, U.S. Forces Korea and Japan, the U.S. Pacific Command and Central Command, the ROK and Japanese militaries, and the ROK National Assembly. Bennett received his B.S. in economics from the California Institute of Technology and his Ph.D. in policy analysis from the Pardee RAND Graduate School.

Dr. Marco Milani is Postdoctoral Fellow at the Dornsife College – Korean Studies Institute, University of Southern California. He received his doctoral degree in History and International Relations of Asia with a dissertation on the cooperation between North and South Korea. Previously, he has been visiting research fellow at the Institute for Peace and Unification Studies (South Korea) and at the Leiden Institute for Area Studies (Holland), and research fellow at the University of Bologna. He is currently working on a book manuscript based on his research titled, ‘The Evolution of Inter-Korean Cooperation: History, Theory and Practice.’ His research interests include: Inter-Korean relations, History and International Relations of East Asia, Korean Studies and IR Theory.

Dr. Dorothy Solinger is Professor of Politics and Society at the the University of California, Irvine. She is a leading expert on political change and Chinese domestic politics focusing on social and economic policy. She uses a comparative approach to issues such as industrial policy, urban welfare and democratization processes. She teaches courses on Chinese politics, introduction to comparative politics, East Asian politics, regime change in East Asia, and theories of the state. She is the author and editor of several books including, “China’s Transition from Socialism?”, “Contesting Citizenship in Urban China,” and “From Lathes to Looms: China’s Industrial Policy in Comparative Perspective, 1979-1982).

Jonathan Movroydis (moderator) is the director of research at the Nixon Foundation.

In his speech to the United Nations on September 24, 2017 President Donald Trump said that de-nuclearization was the only acceptable future for Premier Kim Jong Un’s future as leader of North Korea. U.S. forces are committed to protecting Asian allies including Seoul and Tokyo, while Beijing wants to maintain influence and keep stability on its neighboring Korean Peninsula. What are America and China’s defense and diplomatic options? How will the North Korean nuclear crisis shape the future of bilateral relations between the U.S. and China?

The geopolitics of the Korean Peninsula is a central issue in U.S.-China relations.

The Korean Peninsula protrudes from Northern China and is just 944 km from Beijing. It’s also located across the narrow East Sea (also call the Sea of Japan) from China’s historical rival and U.S. ally Japan, and is flanked by Russia on its northern border.

Following World War II, the Peninsula was divided by the 38th Parallel between the United States backed Republic of Korea (South Korea), and the China and Soviet Union backed Democratic People’s Republic of Korea (North Korea), with capitals in Seoul and Pyongyang respectively. Since the end of the Korean War in 1953, the two sides remained divided.

Seoul adheres to principles of democracy and capitalism, while Pyongyang governs by the ideology of Communism and central economic controls. The D.P.R.K. has been ruled by the Kim family since its founding in 1948.

The U.S. and China continue to have vested political, military, and economic interests in the region, and have generally adhered to a policy of stability. Instability or conflict would have major international repercussions.

South Korea is the United States sixth largest trade partner with over 112.2 billion in total goods exchanged between the two countries. Furthermore, a third of all U.S. trade is conducted between South Korea, and its neighbors China and Japan.

Conversely, bilateral trade between China and North Korea has increased tenfold between 2000 and 2015, peaking at $6.86 billion in 2014.

China sees North Korea as a buffer against U.S. allies in the region, especially after the 2012 U.S. pivot to Asia.

When the current North Korea leader’s grandfather Kim Il-sung took power, he pressured the Soviet Leaders to train North Korea scientists in nuclear engineering. Towards the end of the Korean War, Presidents Truman and Eisenhower threatened Pyongyang with the use of nuclear weapons. Subsequently, the North’s leaders believed that nuclearization was crucial to their regime’s survival.

Though the scientists weren’t being trained to develop a nuclear weapon, they incrementally advanced toward this capability.

In the 1990s, the North Koreans acquired uranium enrichment capability, and their reactor became operational. In 1993, former President Jimmy Carter negotiated an agreement called the Agreed Framework, with Pyongyang consenting to shut down their reactor and end the nuclear program.

In the 2000s, they reached uranium enrichment capability with the help of Pakistan, and in 2006, they completed their first half kiloton nuclear test, roughly 4% of the Hiroshima bomb.

In December 2008, six-party talks were held in Beijing with the goal to curb Pyongyang’s nuclear ambitions. However, the talks broke down after North Korea refused to cooperate with inspections.

In 2011, then North Korea dictator King Jong-il died. His son, Kim Jong-un took the reins as the country’s supreme leader.

The major area of debate was adherence to diplomatic agreements over North Korea’s nuclear program. Some on the panel argued that North Korea continually violated agreements, while others pointed out that the United States also hadn’t acted in good faith.

Another area of debate was on how to deal with North Korea moving forward. Some on the panel believed that conducting a more forceful diplomacy with the military option on the table would prove effective. Others argued that the U.S. has no military option, and should work to de-escalate the situation through dialogue and reciprocal agreements.