Synopsis: Waking Up to the China Challenge: Are the U.S. and China Destined for War? 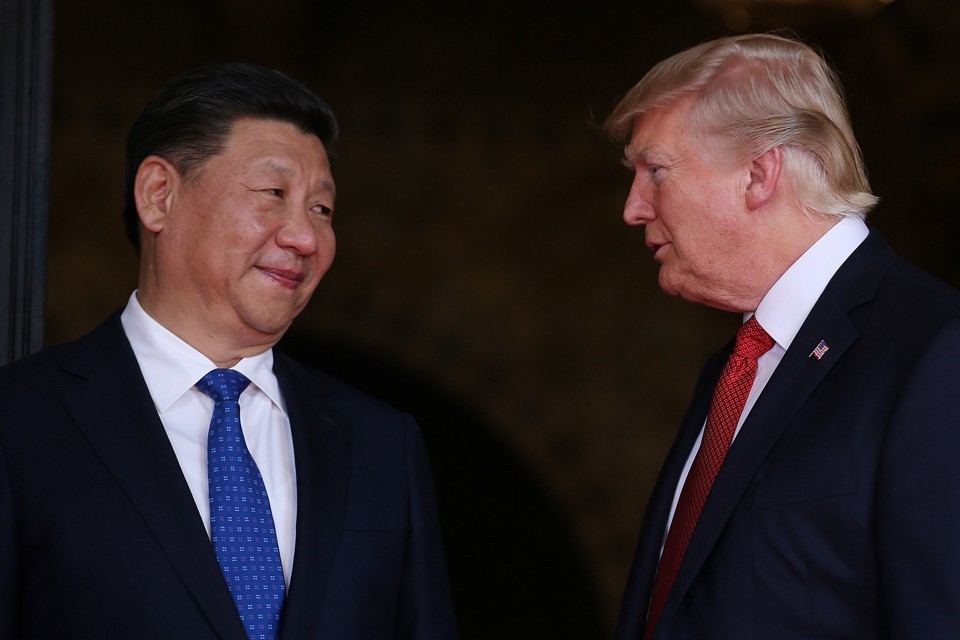 Waking Up to the China Challenge:
Are the U.S. and China Destined for War?
Richard Nixon Presidential Library and Museum
November 17, 2017

This report is based on the views expressed during a presentation on November 20, 2017 organized by the Richard Nixon Foundation as part of its mission to create or contribute to actionable information for use by policy makers across the globe.

Dr. Graham Allison is the Douglas Dillon Professor of Government and director of Harvard Kennedy School’s Belter Center for Science and International Affairs at the Kennedy School of Government. He is the founding dean of the Harvard Kennedy School of Government and has advised every secretary of defense from the Regan administration to the Obama administration. He’s also served as the Senior Advisor to Defense Secretary Caspar Weinberger and Assistant Secretary of Defense for Policy and Plans during the Clinton administration. He’s the best-selling author of several books including “Lee Kuna Yew: The Grand Master’s Insights on China, the United States and the World,” and “Destined for War: Can America and China Escape Thucydides’s Trap?”

Jonathan Movroydis is the director of research at the Richard Nixon Foundation.

As outlined in his book “Destined for War: Can America and China Escape Thucydides’s Trap?,” Graham Allison placed the contemporary difficulties facing Sino-U.S. relations into historical context. Understanding the tensions existing between the geopolitical rivals, the respective parties must undertake calculated diplomacy to counterbalance rivalry and partnership. Using historical precedence, what insight can be gained towards the importance of peaceful relations and the avoidance of armed conflict?

Thucydides was a military general and historian from the Greek city-state of Athens during the 5th century BCE.
Thucydides Trap is a concept deriving from aforementioned author’s seminal historical work, “The History of the Peloponnesian War.” Chronicling the events between warring Greek nation-states, Thucydides prophesied the perpetual conflict between predominant and ascending world powers. “It was the rise of Athens and the fear that this instilled in Sparta that made war inevitable,” he analyzed.

Ending twenty-three years of hostility and diplomatic silence, Richard Nixon’s historic trip to the People’s Republic of China signaled an important shift in world affairs. Previously existing at opposite ends of the Cold War ideological spectrum, the promise of mutual cooperation between the former adversaries dramatically reshuffled the existing bilateral world order. The sheer size and raw potential of China indicated a near future in which the Chinese would develop well beyond their contemporary stature. Inversely, the United States possessed an impressive dominance of military and economic matters above all other nations. Reacting to the impending Soviet threat, the Sino-U.S. relationship began and has continued as the result of expedience and pragmatism.

The power dynamic since the rapprochement era has undergone a rapid counterbalance. The United States has steadily maintained its stature as a preeminent world power. However, China’s relevance and ambition has substantially inflated. Both in terms of economic and military capability, the Chinese have begun to rival the United States on the world stage. By the one hundred year anniversary of the People’s Republic of China, President Xi Jinping outlined at the 19th Party Congress his vision of surpassing the United States as the strongest nation on earth.

The Sino-U.S. relationship has come to represent arguably the single most important geopolitical relationship. Through isolating shared objectives and circumventing ideological dilemmas, cooperation has been able to exist alongside competition thus far. Relative global stability has proved mutually beneficial. However, China’s perpetual progression has come to increasingly overlap into realms historically reserved for the United States.
Within the first year of his presidency, Trump has made clear gestures towards reaffirming the importance of bilateral collaboration. Campaigning on an “America first” platform, the President has seemingly warmed up to the prospect of an American partnership with China on matters of trade and defense. However, the dynamics on the Asian continent have become increasingly agitated. North Korea’s determination to develop long-range nuclear tipped missiles have threatened to destabilize the region. Increased nuclear capability for the Hermit Kingdom is universally understood to be dangerous, both for the United States and China. Ideological ties and trade agreements presents China with a unique opportunity to influence the behavior of North Korean leader King Jong-Un in a way unavailable to the United States. Prevailing on ambiguous terms, the Sino-U.S. partnership remains simultaneously volatile and paramount in the entirety of world affairs.

As described by Dr. Allison, no clear solution emerges to resolve outstanding disputes between the United States and China. America’s aspiration to maintain superiority superimposed against Chinese ambition practically assures an ongoing tension. The major area of debate resides over the proper way to manage said tension. Future success depends on the scope of problem-solving exhibited by diplomats and policymakers of the respective nations.